Our new feature, “Cape Town Urban Intervention” looks at various ideas, projects, designs and proposals for Cape Town that present an intervention into the public realm of Cape Town. They invade, intrude, question and through design offer an interesting and potentially controversial IDEA for Cape Town. Ideally, these “Urban Interventions” are the sorts of IDEAS that will result in mild heart attacks for our numerous Nimbys and Nimby-like societies  or organizations. 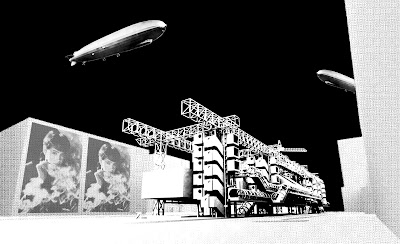 INSERT is an infrastructure for spectacle. It is an indeterminate architecture with clear intent: densify the city of Cape Town through activating the Foreshore by the generation of activities, and allow for the ad hoc emergence of collective events within, thereby changing present perceptions of the space and creating the area as a destination in itself.

It is a project that looks to the forgotten and awkward urban spaces of the Foreshore to implement theoretical ideas of dwelling, the metropolis, and spectacle. It is only through a theoretical understanding of the functioning of the postmodern metropolis that an architecture can begin to emerge, inevitably becoming contextual.

INSERT is an EMERGENT architecture. 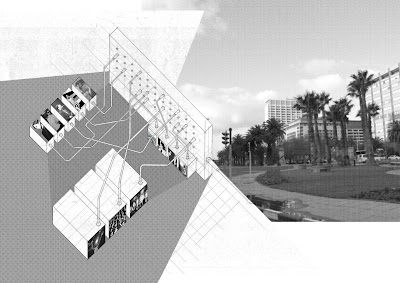 As a theoretical premise, this emergent architectural project looks to apply itself to a site in an effective way so as to generate a physical response. The site itself, with its physical constraints becomes the centre of a process: the process of humanising its surrounds, “greening” the inhospitable. 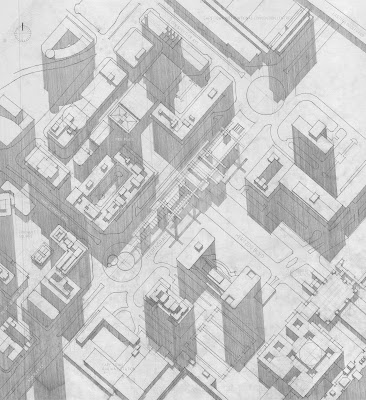 This process begins to occur beneath, within, and around the framework of the INSERTION.

The architecture is applied to the site, and through the very suddenness of its erection it achieves “surprise” over its indifferent context, generating interest in a previously “forgotten” space. The imposing scale of the urban context requires a bold architectural response at the urban scale. 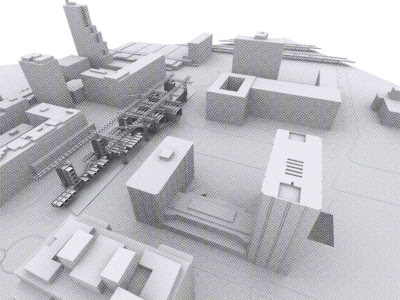 The issue of scale, the need for relatively speedy erection, and the need for an adaptable architecture that can effectively and efficiently respond to the constantly changing needs of the metropolis requires a high level of technological resolution. This technological response is to be found in industrialised building systems and prefabrication, ideas which were applied at the urban scale in the discourse of megastructure. 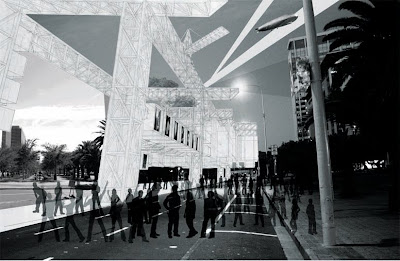