ARCHDAILY | THE PROS AND CONS OF CONTAINER ARCHITECTURE

With the green premise growing in popularity across the globe, more and more people are turning to cargo container structures for green alternatives. There are countless numbers of empty, unused shipping containers around the world just sitting on shipping docks taking up space. The reason for this is that it’s too expensive for a country to ship empty containers back to their origin. In most cases, it’s just cheaper to buy new containers from Asia. The result is an extremely high surplus of empty shipping containers that are just waiting to become a home, office, apartment, school, dormitory, studio, emergency shelter, and everything else.

ARCHDAILY | VIRTUAL ARCHITECTURE INFORMS HOW WE RESPOND TO SPACES

Researchers at the University of California San Diego are investigating how our brains respond to various spatial environments. Dr. Eve Edelstein, a neuroscientist, is researching how architectural designs can be manipulated through data gleaned from measurements taken from users while they experience different spatial environments in ‘The Cave’ – a controlled laboratory.

We want to create a space that captures the complex emotions of uncertainty, anguish, emotion, and agitation, wrapped up in a threshold that must be individually broken in order to complete the experience.

To capture this moment we created an elevated circular structure composed of five intertwined rings.  From each ring falls a curtain of water, producing a threshold that visitors have to cross, presenting each person with the challenge to take a step into the unknown.

SA must be one of the few countries in the world where poor and marginalised communities suffer the consequences of a lack of design leadership because of the deliberate exclusion of professional architects from their housing environments.

FUTURE CAPE TOWN | MAYRA HARTMANN | THE RISE OF THE OVERCROWDS

How are Overcrowds and congestion related? In its most basic definition, is the overcrowding of a particular space. So, how does one as a planner, architect or engineer create the streams for this flow of crowds to move, or even live, freely?

Cape Town’s population has increased by half a million people in the past five years, said Deputy Mayor Ian Neilson at the UCT GSB on Wednesday night. And the migration of people is expected to continue for the foreseeable future, putting a significant strain on our city. We are running out of space and water, and most of the urbanising people are poor and unskilled.

Imagine some wealthy developer wants to use their millions to build a new stadium. Is this good or bad for local residents? When is the right time to buy into the neighbourhood – or cash in if you already live there? These are the questions many East London homeowners, and potential buyers, are asking as we approach the 2012 Olympics. Of course, others might be wondering if new sports arenas might price them out of the neighbourhood.

Like many cities, London is having a skyscraper phase at the moment. As The Shard rises over the capital, the Helter-Skelter, Cheesegrater and Walkie-Talkie are not far behind.

And London isn’t alone. According to the Council on Tall Buildings and Urban Habitat, there were 602 buildings higher than 200 metres around the world in Spring 2011, compared with 258 in 2000 and just 146 a decade before. 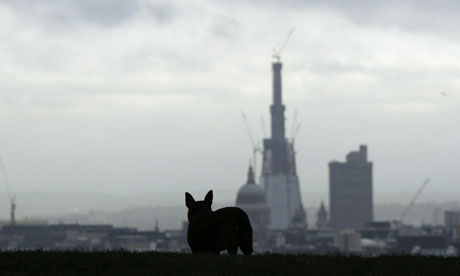 London has suffered an attack. The damage is ugly, and it is permanent. Most of all it tells us more than we would like to know about the kind of society we are and the moral anarchy that shapes our culture. The riots were bad enough. But the Shard is shattering.

CAPE Town has called on the SA Football Association (Safa) to bring African Cup of Nations (Afcon) matches to the Mother City as news broke that South Africa would be hosting the 2013 tournament.

Michael Bloomberg almost did it. The schematic map was all drawn up, the studies were encouraging, and his constituency—eight million New Yorkers, and millions more who did business there— was lurching towards acceptance. Mayor Bloomberg was going to bring a congestion-charging scheme to New York City and transform the streets south of the 86th urban parallel by making it a lot more costly to drive downtown.