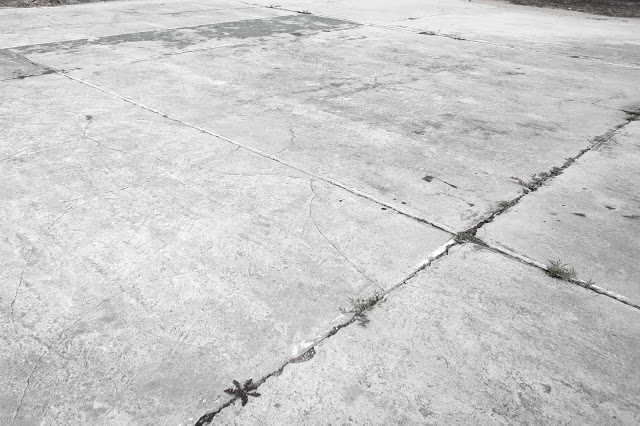 I have been wondering for some time lately about the power of the line (not to be confused with a powerline). It is at once very abstract and also very definite. Lines represent so much and govern our existence on a daily basis. For some the abstract line on a map has been a reason to fight and a reason to die. A representation of where a national identity ends and another begins. No man’s land then becomes the fuzzy stripe determined by the scale of the map and the sharpness of a pencil.

The line is of course critical to the architect. What is a set of drawings if not a collection of hard thought-out lines? The descendants of many lines before them whose ancestors may have been vague ideas birthed upon napkins. The line for the architect serves to define space in a way which inevitably is more tangible than the border of a nation. From a plan, section and elevation planes are extruded which result in very definite buildings and spaces. The architect’s line defines a future reality (and realty). Some lines are very clearly and accurately defined by math and yet to our experience remain ungraspable. Imagine the confused contractor’s face when he finds an asymptote upon your drawings.

Then there are other lines merely painted upon a surface whose representation and definition of a space is only provided by the meaning we apply to it. Consider a road, solid lines, dashed lines, red lines, yellow lines and millions of tonnes of metal flying around controlled by the agreed upon rules.

Not dissimilar from this are the lines we find on sports fields and what in fact inspired me to write this post; a few long forgotten tennis courts, not used by…

These forgotten courts in Franschoek still bear the marks of well defined spaces. Like the ruins of an ancient civilisation they sit as neglected slabs at purposeful angles. When the rules of tennis are forgotten who can say what interpretation of the lines an amateur archaeologist might make of them. On some not yet invented interface a scaled collection of lines represents the person’s find. Let’s hope he isn’t easily confused by expansion joints! For other better ‘digs’ try here and here 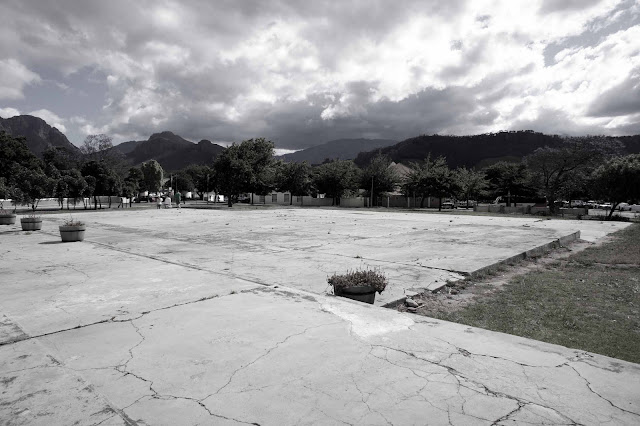 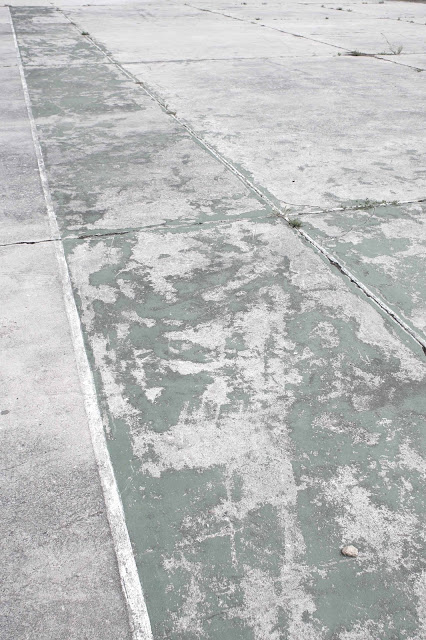 This entry was originally featured in the Built Fabric Blog of Robert Bowen, described as a blog dedicated to the beautiful, ugly, and often uncanny built environment and its architecture. The places people use and those they don’t. Robert Bowen is also a member of the Future Cape Town blog.