The ripple effects of a new downtown skyscraper or suburban development are now felt far beyond any one neighborhood or even one city, extending to surrounding counties and metro areas. An ideological shift is underway as we understand the interconnectedness of the communities in which we live. Collectively, we’re rethinking our society’s developmental future.

Read the full article at GOOD.

2. THE GLOBAL URBANIST | CROSSED WIRES: HOW COMMUNICATION BREAKS DOWN BETWEEN GOVERNMENT AND CIVIL SOCIETY 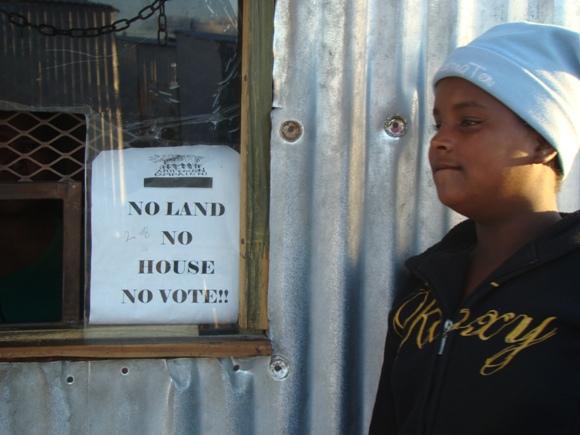 The breakdown and premature close of the inaugural Housing Indaba in Cape Town last November shows how much such a forum is needed to address residents’ concerns and mobilise government action, but also shows how unready the city’s stakeholders are for constructive collaboration.

Read the full article at The Global Urbanist.

With the new year under way, many events on architecture, planning and urbanism await. As traveling abroad takes a bit of planning, here is a list of some of the most interesting seminars, conferences and symposiums around the globe. Where will you go this year: Hong Kong, Honolulu, Belgrade, Cape Town?

See the full calendar at the Polis Blog

Late last year, Vishaan Chakrabarti, whose passionate rallying cries for infrastructure investment and urban density are familiar to regular readers of Urban Omnibus, unveiled a radical proposal (dubbed LoLo, as in Lower Lower Manhattan) to connect the Financial District to Governors Island through a land bridge made of landfill, replete with a new mixed-use, high-rise, green infrastructure community.

The International Architecture Biennale Rotterdam (IABR) and Rotterdam-based architecture firm ZUS have launched the project I Make Rotterdam, a spectacular temporary pedestrian bridge between the city’s Central and the North districts that will be financed through crowd-funding.

Read the full article at The Pop-Up City

What can you accomplish in 360 hours?
The Chinese sustainable building company, Broad Group, has yet attempted another impossible feat, building a 30-story tall hotel prototype in 360 hours, after building a 15-story building in a week earlier in 2011. You may ask why in a hurry, and is it safe? The statistics in the video can put you in good faith. Prefabricated modular buildings has many advantages over conventional buildings.

7. GUY WITH CAMERA | JOBURG I’M TRYING SO HARD TO LOVE YOU… Joburg I’m trying so hard to love you. Your tuscan vistas backdropped by powerlines and jacaranda branched forests bare and empty-handed during dry winters. Your signposted billboard-littered hillsides shouting skin moisturisers, Outsurance green and cell-phone deals by the starterpack. Your messages of capitalism guiding me to plastic-same malls filled with plastic-same products on plastic-same shelves in plastic air-conditioned hallways with the Nu Metro on the one side and the Megastore on the other.

Read the full blog post at Guy With Camera’s Blog

Chicagoans often refer to the Lake Michigan waterfront as their front yard, and there’s little question the mostly open stretch of public space is integral to the city’s personality. For starters, the best way to see the city – parks, gardens, beaches, and museums, sporting and convention facilities and that stunning skyline – is a bike ride up the 18-mile lakefront trail, from the University of Chicago to Hollywood Beach.

Read the full article at The Atlantic Cities

View all of them at Creative Review

You know what they say about men who drive big cars. Well the same can be said for cities that build tall buildings. Whether it’s the size of your member or the size of your economy, status anxiety is relieved with large things that force the rest of the street or world to look your way. And we’re all trying to outdo each other. Tall building wars aren’t an effective method of soft power – unless you count postcard sales of urban skylines as a good way of selling your city. No, it’s more of a playground two-fingered gesture to the rest of the world that says, “look at us, we can go higher than you”.

Read the full article at Monocle