“Design must go up, dense and compact”, is an approach that is often hailed as the solution for informal settlement upgrading. It is a model followed by most American Housing Projects. These popularly known “Projects” are now infamous for a number socio-economic problems, including crime, violence, gang-related activity, and dis-enfranchisement. Considering, similar models are being proposed for South African social housing, it is important to create unique solutions for the local context, to avoid some of these issues.

As part of the first Multiplicity Competition, Tsai Design Studios imagined a concept for the future of social and public housing in 2050. In a conversation with Tsai of Tsai Design,  Mayra Hartmann and Robert Bowen, explored how some of these issues apply and can be fleshed out in South Africa. Future Cape Town: While the suburban aspiration of one house has been made the norm  it is also unsustainable. How will we be able to take into consideration the desires of the clients (and garner their support) when they are in opposition to densification?

Tsai: The concept of suburbia, associated with the American dream of white picket fence and big driveway, was brought about at the golden age of the motor car industries, which in hindsight, is exactly where the problem lies. Developers justifies the need for suburbia by offering families big plots with manicured gardens in a new upmarket area miles away from the city, but its never about the neighborhood or community. Individual families are isolated to each other by the big gardens and motor ways like an island.

On the other hand, densification for the sake of densification is also a recipe for disaster, especially when it comes to housing, because the idea is driven by cost per square meter, not by addressing people’s need, nor any regards for the impact it has on the environment.

What if future high density social housing developments can address the vision on a scale to that of an urban city – mix-use urban living, where one can live close to work with minimum commute time, with all amenities nearby, and have ample outdoor green spaces.

Future Cape Town: Social housing is also often called “public housing”. In a Columbia GSAPP panel discussion, one of the speakers challenged to look at public housing, as “housing the public”, thus placing the focus on who the houses are provided for. What do you think makes the South African public particularly unique and how can housing cater to and embody this uniqueness?

Tsai: It is a fact, based on our history, that South Africans are resilient and proud by nature. Even in the face of poverty and political unrest, SA public never gave up hope. However the challenge of our public housing policy is not whether it can meet the quota for everyone in the years to come, but that it stands for a cheap and unsustainable future. It does not take family growth into consideration, nor does it stand for people’s aspirations, not to mention the lack of community building.

Take Iquique project for example – a housing intervention by Chilian architect Alejandro Aravena- it is designed as a half finished house to suite the tight budget, yet it allowed the inhabitants to expand as needs and funds arises according to their family growth. This isn’t the first time someone has suggested part-building houses for the poor, but Aravena’s approach is both elegant and dignifying for the inhabitants. The solution the Iquique problem was so efficient and pragmatic that variations are now being implemented in 13 other sites in Chile and Mexico.

Another factor associated with low-cost public housing is the issue of aspiration. Although it stands to reason that everyone would appreciate free-handouts when they are in dire need, but one one would not be content with been poor all their life. This temporary outlook, mixed with the cheaply constructed houses, makes one hesitant to take ownership and maintenance of the houses granted to them. 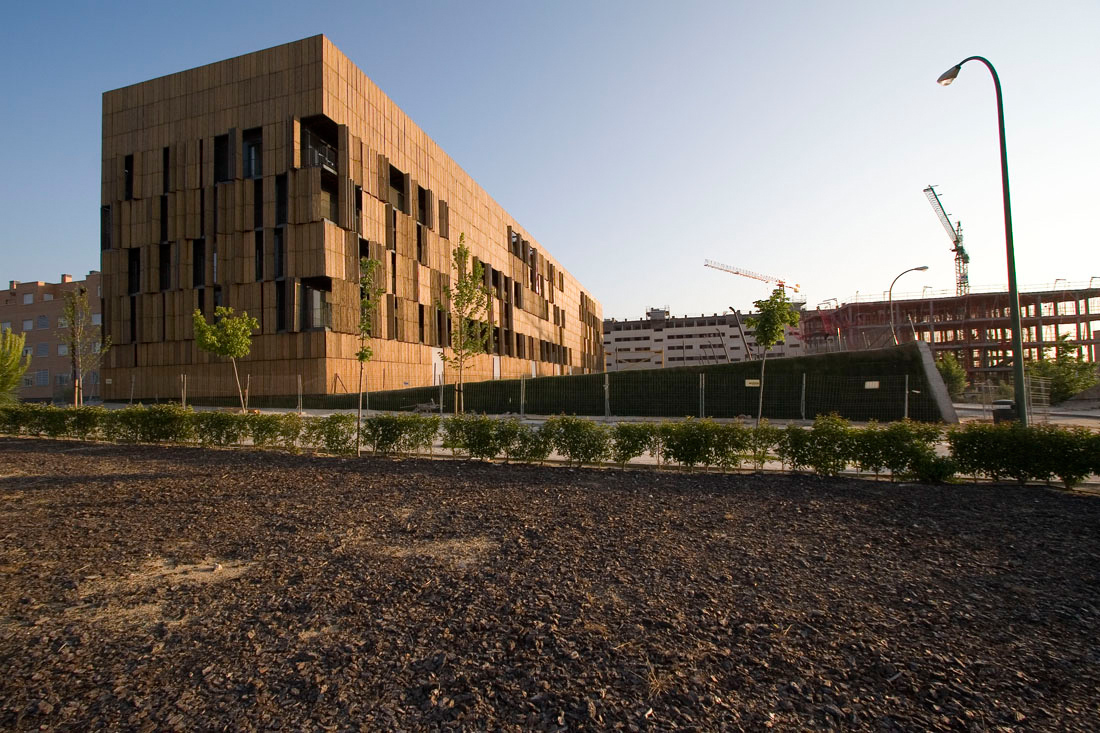 Madrid, for example, has recently embarked on a massive public housing campaign, inviting several top architects to create unique yet cost effective buildings. For example the Carabanchel 16 Social Housing by Foreign Office Architects uses eco-friendly bamboos to create a unique building, or the Madrid Public Housing by Morphosis architects creates a unique modern neighborhood. It seems the suburb of Carabanchel is a playground for creative solutions for public housing.

When will SA start to use design to create such bright vision instead of trying to engineer our way through uninspiring attempts?

Future Cape Town: Informal settlements are made up of people from different cultural backgrounds and parts of Africa. How can good social housing design help bridge the divides and encourage interaction between different people if at all possible?

Tsai: The design of outdoor and communal spaces of a social housing development should play as an important role as the internal residential layouts. The current typology for social housing is based on the suburban logic where individuals can retreat to their little ‘plot of island’ by night and drive off to work by day, thus heightens the sense of alienation. This sense of alienation is most likely to increase with the size of the housing development because every inch of space is squeezed to allow for more units.
The most appropriate typology should be that of a village, where distinct hierarchy of spaces are set out to benefit a community instead of individuals, e.g. common spaces considered safe for kids to play because it is seen by everyone; public amenities that are close by designed to encourage a sense of community; user-friendly corridors where people can socialize and interact.

Future Cape Town: With almost no money allocated to architects for public housing what role/position should architects be trying to assume with regards to the growth of informal settlements?

Tsai: Would one consider having brain surgery be operated by a vet or dentist instead of the brain surgeon? Developing public housing without architects’ input and involvement is exactly like the analogy- it leads to nowhere. The current housing policy is about doing, not about doing it right! The human considerations are taken out of the equation, leaving only the QS and Engineer to make sure the system and cost are in control.

Architects with energy and vision can only assume a role of an activist and visionaries, wasting time debating to get design to play a center stage for public housing, instead of spending time creating exciting and inspiring visions of the future. Future Cape Town: Why is it important for us to let go of reality and imagine what public housing could be like in 50 years time?

Tsai: Without someone dreaming about going to the moon, we would never know how big the universe is. So it is important to imagine and hope for an exciting future vision for public housing projects, especially for government officials to acknowledge what possibilities awaits.

Architect Y Tsai founded Tsai Design Studio in Cape Town in 2005. With a multidisciplinary approach, the studio generates creative solutions in the field of furniture, interior design and architecture.

As a young practice, the studio strives to produce provocative designs that are unconventional, yet instilled with a strong sense of cultural and social relevance, particularly in South Africa.