In 2009 the then South African Railway Commuter Corporation, now PRASA, in partnership with the City of Cape Town opened two new train stations in Khayelitsha Through the Presidential Urban Renewal Programme, they extended the Khayelitsha line by 4.2km. Watch a video about this here (WMV)

With this, the City also commissioned MEYER+VORSTER to conduct an urban design study around the station and the possibility of a Kuyasa Transport Interchange, that could act as a catalyst for future intensive urban developments in the area. It might also be interesting to point out that the two new stations are not found on Google Maps.

The project is structured around a series of high quality public spaces which will form the backbone of a future urban centre.

An existing community centre and high school, located in close proximity, was integrated into the precinct. It was decided to include commercial and social facilities as ancillary functions to the primary transport function of the interchange. Therefore, in addition to the taxi rank, bus stops, park and ride component and the station itself, formal and informal trading opportunities, public ablution facilities, a butchery, medical suites, a satellite police station, bicycle lock-up stores, offices and banking facilities are provided.
The project is particularly well suited to human scale, whilst still providing some verticality to the flat landscape. The pedestrian is prioritised and the result is a well made public space with a clear identity. This identity is achieved through the use of brightly coloured mosaics successfully illustrating that robust need not lack sensitivity. While we may praise the building now, it is the commuter who has the final say. Let us hope the building works its way into the hearts of its users and becomes more than the sum of its parts.

To read more about the Kuyasa Transport Interchange visit ArchDaily. The location of the Kuyasa Transport Interchange in relation to the Chris Hani and Khayelitsha Train Station. Also shown is the Violence Prevention through Urban Upgrading (VPUU) Harare Precinct in blue. VPUU was previously mentioned on Future Cape Town and can be read here and here. Image (c) Future Cape Town.

For more on Cape Town’s changing face of transport see our post on Cape Town Station’s Facade upgrade and let us know which design you like. 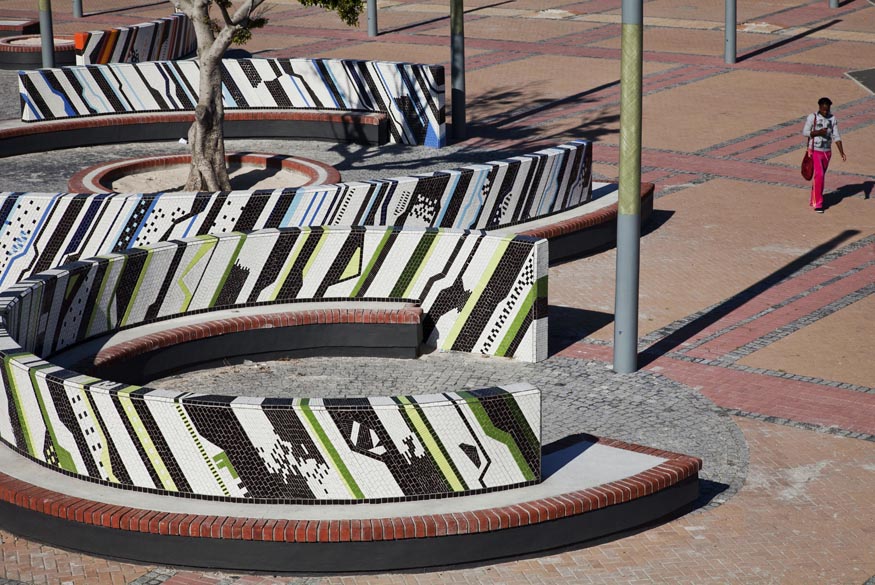 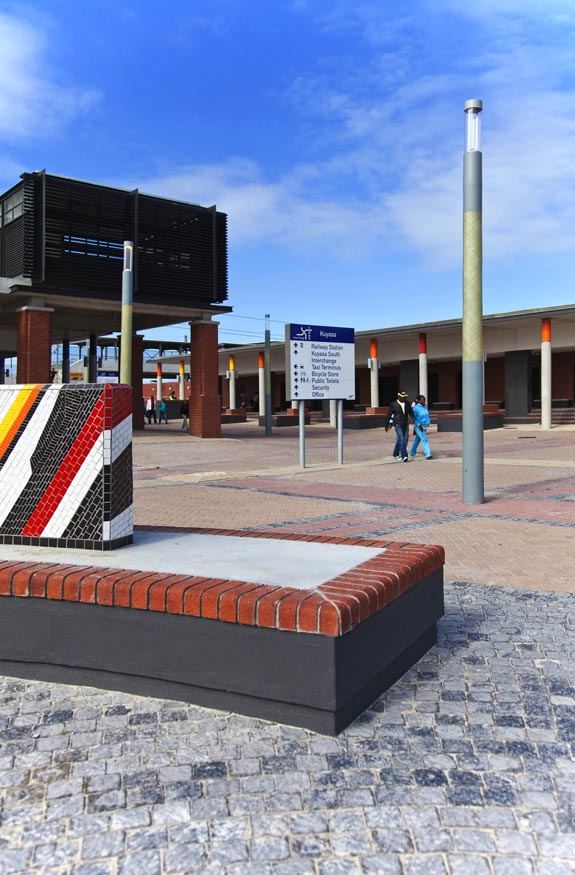 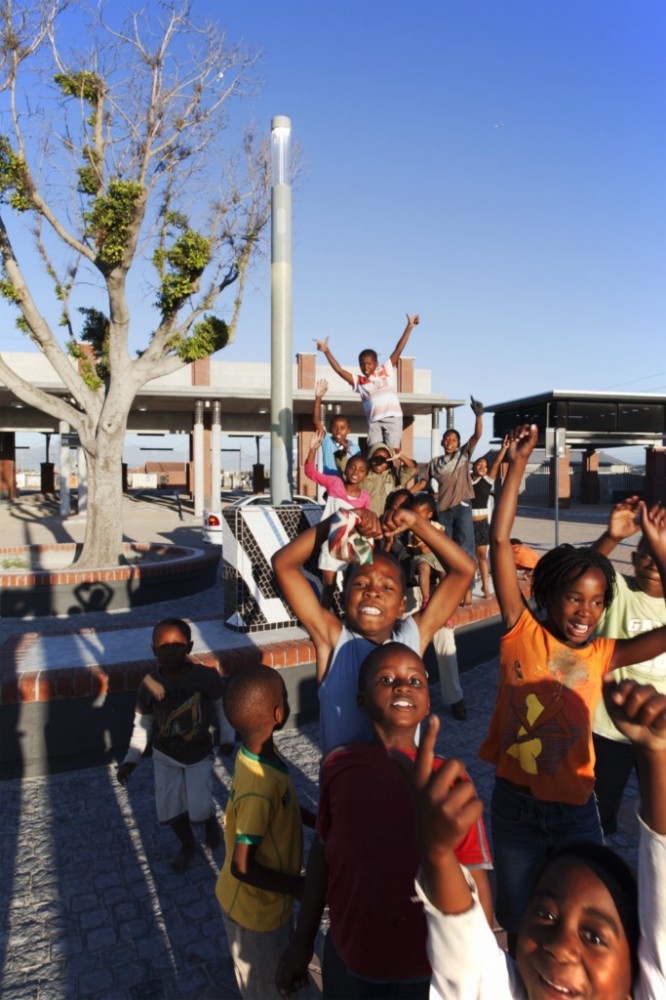