The winners of the Busan Opera House competition were announced recently, after a two stage competition which drew hundreds of entries from around the world. In a time when architects find themselves increasingly with less work and more time on their hands, an international competition provides not only the chance of a commission, but the challenge of doing something out of the ordinary. 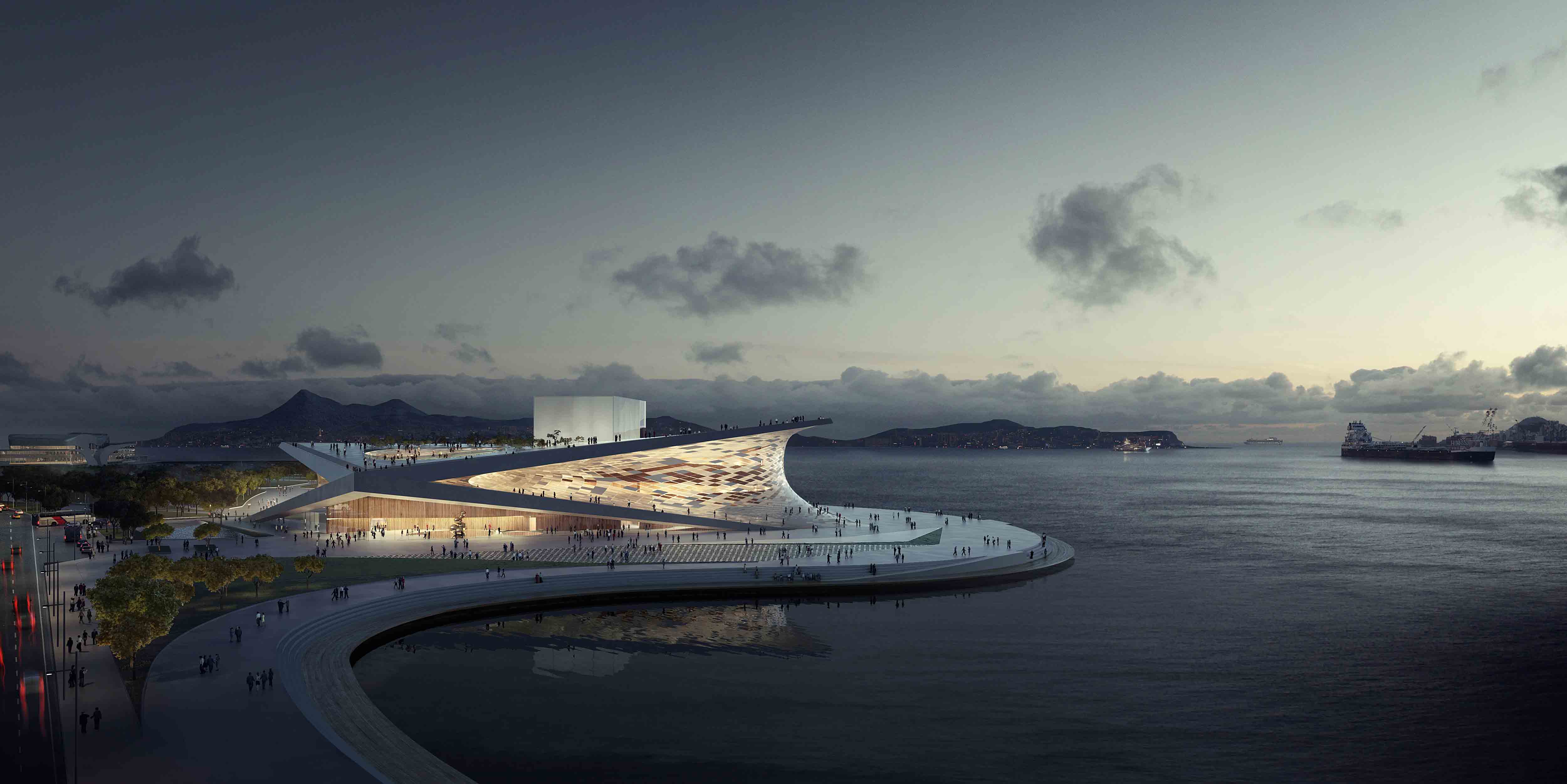 Busan is the largest port city in South Korea, and the 5th largest in the world. By comparison, South Africa’s biggest, Durban, is 46th on the same list. Busan, being not that much bigger than Cape Town or Durban, therefore has landed with an all too familiar urban planning problem – how to reconcile a large container port, historically part of the city, with the need to connect the city and its inhabitants to the sea. Cape Town currently faces this urgent and contentious issue, with an expanding port right at its heart yet little direct urban access to the sea, sparking the recent interest in the future of the Foreshore freeways.

In Busan, the solution seemed clear to planners and local government – relocate one container berth and replace it with a public promenade complete with public transport interchange, commercial, retail and cultural amenities, all connected by mono-rail and public gardens.

Busan also hosts the annual Busan International Film Festival (for which a new building has just been completed by Coop Himmelb(l)au) and as such, the city sought to build on its cultural standing by commissioning an opera house complex.

This laid the context for the Busan Opera House competition. The brief called for an “iconic” cultural building, set on a proposed island jutting out from where there were once berthed container ships, to contain an opera house, related amenities, and a smaller experimental black-box theatre, and any other functions deemed necessary by the designers.

The winning scheme, by Norwegian architects Snøhetta, is a proposal that very successfully “sees through” the competition brief. While most entrants were preoccupied with the word “icon” and the complicated sculptural, cultural and urban concerns that go along with it, the winning team seems to have focused on making an opera house – they designed a building. 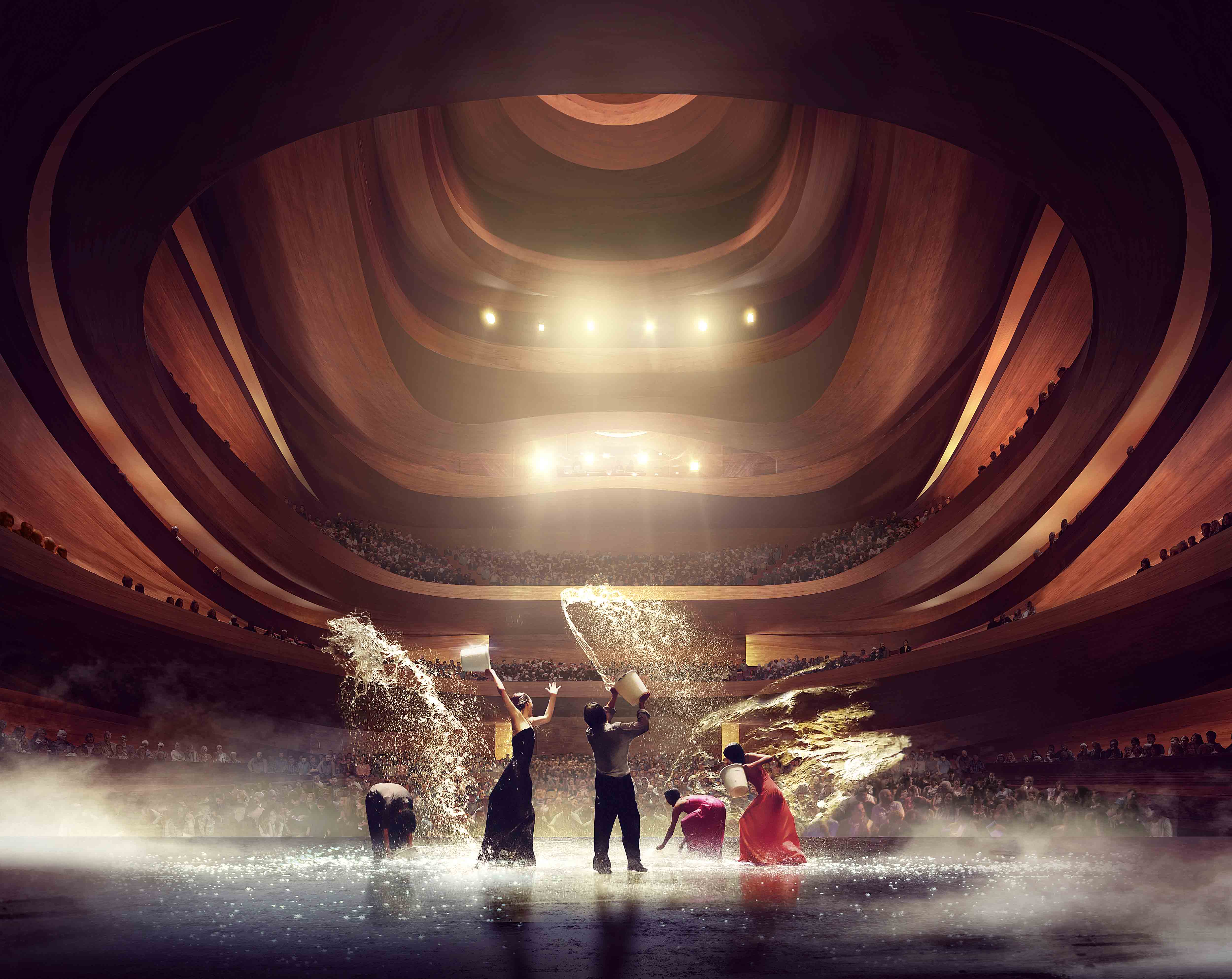 While this may not seem surprising, given that architects have been known to design buildings, the winning proposal stands out from the rest. Numerous projects were published online just hours after the deadline of the first round, in a surprising race to see who could get published, and therefore disqualified, first. This flood of architectural invention could be broken down roughly into three types:

Firstly, there were the Sculptures. Whether abstract or symbolic (both very popular in Korea’s much larger neighbour to the west), these schemes saw the potential of an island site, surrounded by reflective ocean, backgrounded by the glittering city lights, to create a new identity, a new brand, for Busan. They wrapped and bound the auditorium box, soaring to great heights to cover up that awkward fly-tower.

Secondly, there were the Landscapes. Equally flustered by the fly-tower, these proposals sought to extend the urban space of the city onto the island, to intertwine the city’s circulation with that of the new urban park, to link fluidly commuter with opera goer, tourist with cellist, student with politician. Look out for outdoor cinemas.

Thirdly, there were the Cities. These ambitious projects saw the site for what it was, an isolated, man-made island in an old port, and sought to create a new micro-city, a cultural complex packed with functions of all shapes and sizes. To increase activity and diversity on the site, these projects added retail components, music schools, and cinemas, organising these around streets and plazas, creating what well could be an emerging Asian mixed-use typology.

And what took the prize at the end of the day? An opera house – a building that houses an opera. With a clear civic presence, a generous outdoor public space, an articulate interior, and a rooftop viewing deck. Perhaps architects do have too much time on their hands. 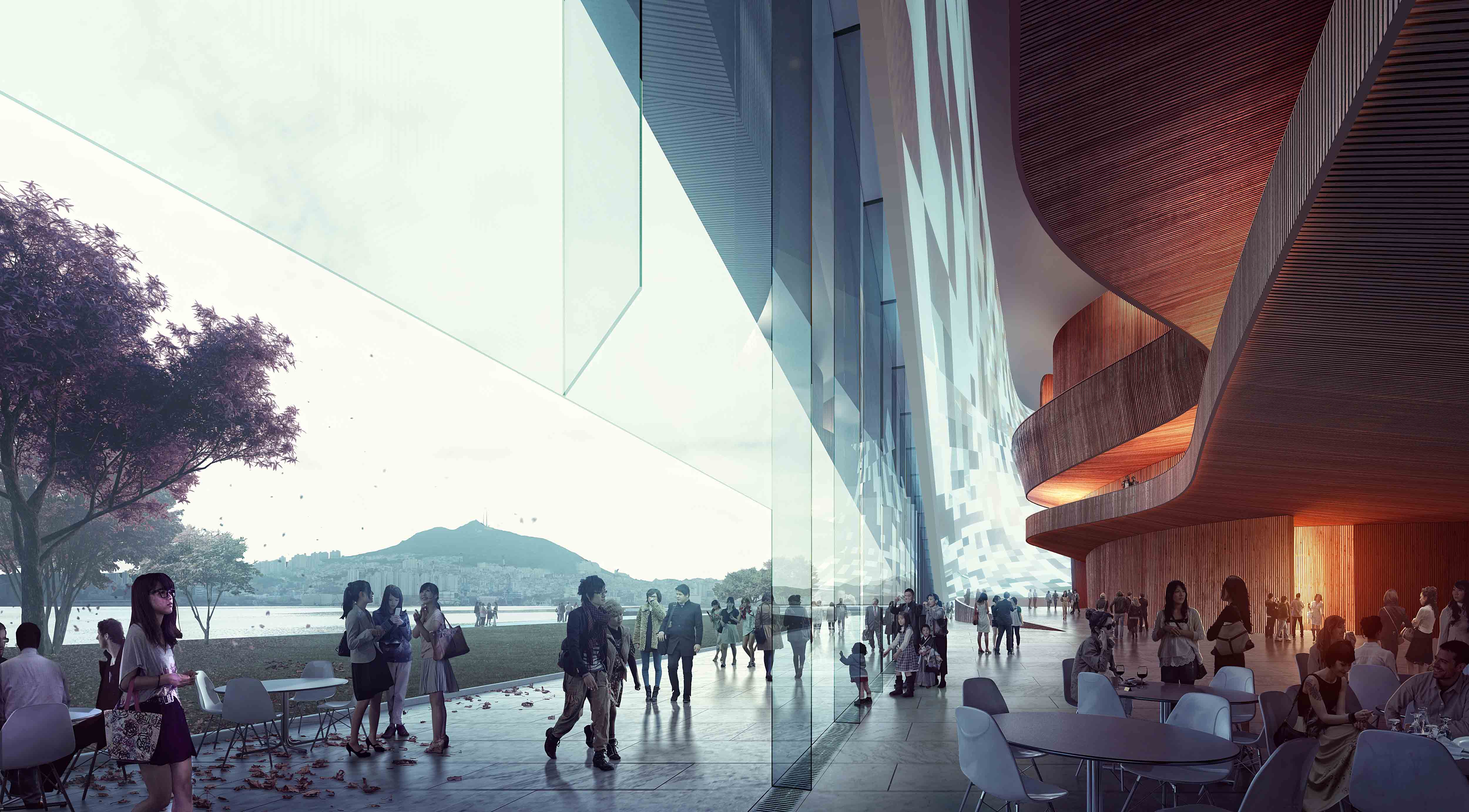