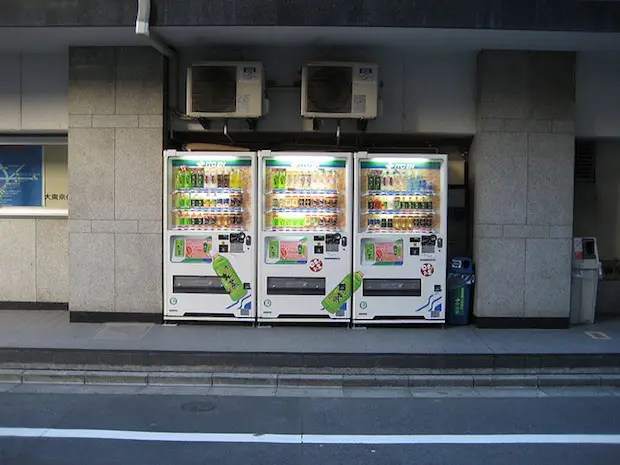 By Joe Peach at This Big City

This post is also available in: Chinese (Traditional), French, Spanish

Maybe it’s because of my sheltered upbringing in rural Wales (which I am blaming for everything), but a vending machine to me is something you put money in to get a drink or some kind of snack. I’m always fascinated by vending machines in hotels that sell things like socks or deodorant (deodorant! In a vending machine!), but it was a new level of fascination when I read this article about a Chinese vending machine with a difference. 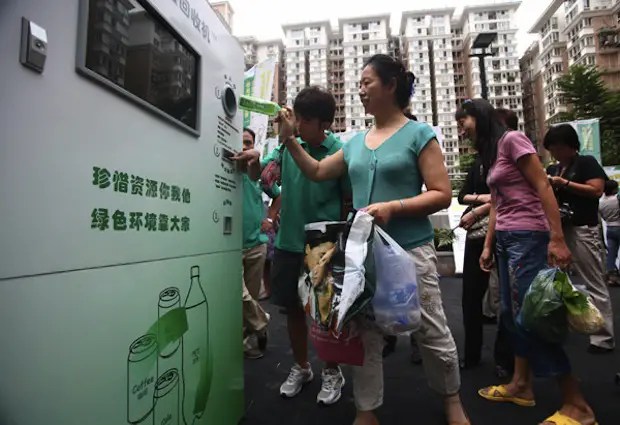 This photo almost looks like a typical vending machine. There’s some kind of money slot, and a hole. So are these Beijing citizens putting money in and getting drinks in return? Nope. Known as the ‘Reverse Vending Machine’, users insert their empty plastic bottles and get paid for recycling. Beijing will be home to 2,000 of these machines in 2 years time. ”You get rewarded for recycling. People can also have the money donated if they wish,” says Chang Tao, Director of the company producing the machines.

This got me thinking about another kiosk-with-a-difference that I saw in Bogota last year. 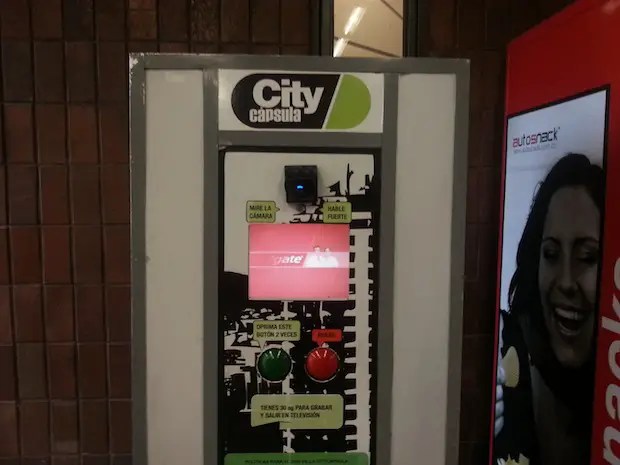 City Capsula is far from your typical vending machine. Owned by City Bogotá – a local TV station – citizens can record themselves on the machine, potentially getting featured on TV in return. Arguably a bit of light hearted fun, these vending machines could easily be used for breaking news from the city’s streets. 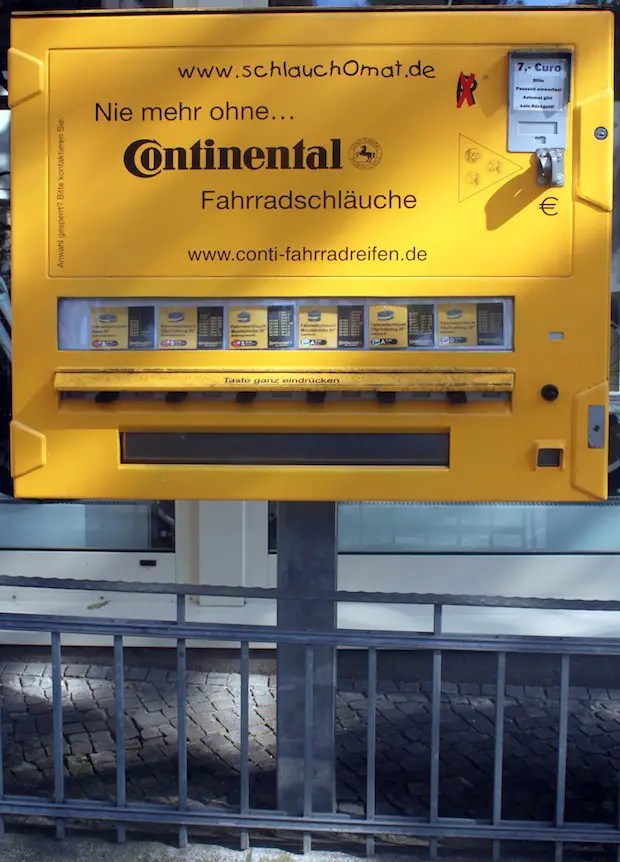 If you find yourself with a flat tyre and 7 Euros in Berlin, keep your eyes peeled for one of these yellow vending machines. With six different types of tyres, there’s something for most urban cyclists here. Though if your flat tyre changing skills are anything like mine, finding your nearest bike shop on Google Maps is probably still your best option. 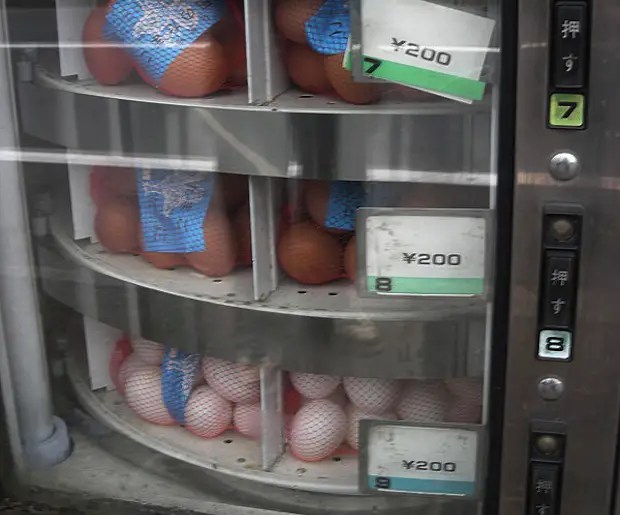 This one’s veering into WTF? territory, but it is very much a real vending machine. Residents of Tokyo – where else?! – who want to buy eggs without any kind of human or chicken interaction have always got this vending machine. 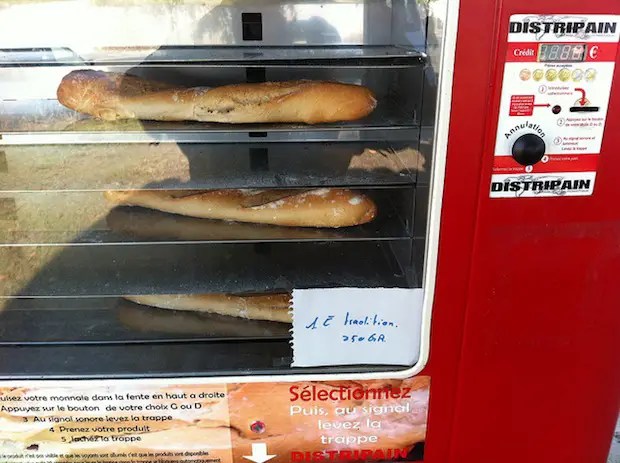 And whilst we’re on the subject of cultural stereotypes, you know how French people love baguettes and eat them all the time? Citizens of Gironde have got this vending machine to turn to in their time of need.

Any unusual vending machines in your neighbourhood?