by Anja Wolf at Polis 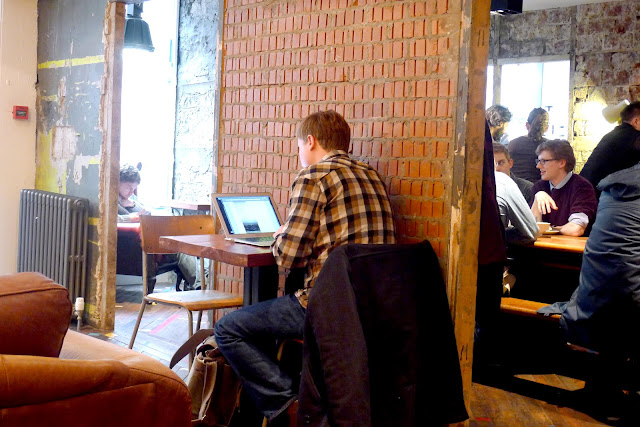 Studying at a cafe recently, I noticed that most of the people around me were sitting alone in front of computers. Others had come to meet and talk, but the majority were focused on their screens. It seems that computers, phones and other devices have not only influenced our concentration capacity but also our behavior in public. We often appreciate sitting in active places but remain absorbed in our digital worlds. 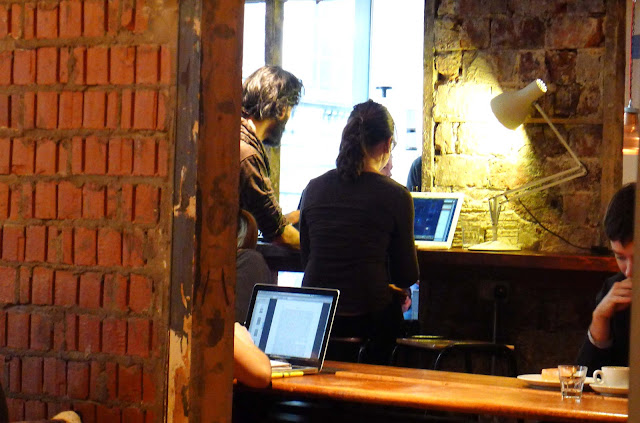 Digital devices have become what sociologist Erving Goffman called “involvement shields,” which can discourage interaction with others in public. It’s as if we’re logged into Facebook with Chat turned off: we’re able to see what’s happening around us without being available for social exchange.

In response to online isolation, ambient social networking apps like Highlight and Sonarare making people more accessible in public. Unlike Foursquare, which focuses on places, these apps provide information about the people around us. You could be sitting in a cafe and receive updates when “someone interesting” is nearby. The Bump app allows users to exchange information by clicking their phones together, playing with the possibilities for chance encounters in the video below.

So the devices we hide behind in cafes could do the opposite, broadcasting information designed to increase spontaneous meetings with friends and even strangers. While this could be an unwanted distraction, it could also enrich the lives of those who choose to reduce the boundaries around their private sphere. After all, is it not the meetings we least expect that tend to be the most interesting?

Anja Wolf, originally from Sweden, studies landscape architecture at the College of Art in Edinburgh, Scotland.

This article originally appeared at The Polis Blog on 17 April 2013.