by Emily Marsh at Polis 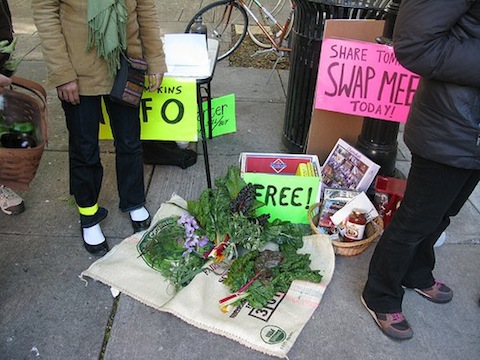 As co-founder and publisher of the online magazine Shareable, Neal Gorenflo aims to bring the “sharing economy” into the mainstream. This model — also known as “collaborative consumption” — promotes efficient use of resources, environmental care and strong communities.

For Gorenflo, the sharing economy is more than a niche community. He sees it as a way to recover from the recent economic downturn and move toward a healthier, more community-oriented future. Neal also conducts research on the role of the Internet as an accelerator of the sharing economy, citing examples like Zipcar, Kiva, Wikipedia, open-source programming and even Twitter and YouTube.
Since Shareable launched in 2009, the magazine has gained readers and contributors from around the world. I interviewed Neal about the future of the sharing economy and ways to adopt the lifestyle.

What inspired you to start Shareable?

Our original idea was: “Let’s start a sharing movement.” What we found, however, was that there already was such a movement emerging across many different parts of society. Things like open-source software, social media and car sharing were becoming household names. The cooperative movement was on the rise as the global economy was struggling.

We wanted to accelerate the sharing movement by spotlighting it and showing how different activities have a common thread of sharing. We wanted to show that the sharing economy is not a marginal thing, but a significant shift we should pay attention to and engage with and start shifting our resources and attention toward. 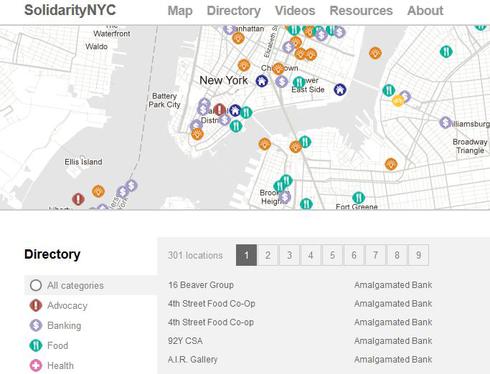 The U.S. Solidarity Economic Network uses mapping to connect communities with local resources. Source: “How to Map the New Economy in Your City”

How can sharing help people and cities thrive?

In 2005, I quit my corporate job and started a salon in San Francisco called The Abundance League. The idea was to gather people doing sharing-related things for a monthly event. People would spend one to two minutes talking about what they were passionate about or the project they were working on, what they needed for their project or life, and what they could offer others in terms of time, expertise, contacts, etc. What we found is that people were very willing to help each other.

The magic really kicked in for me after a year of doing this constantly. Life went from being a constant competitive struggle to more of an ongoing flow — opportunities would arise, resources would emerge when I needed them. I had this community that knew what I was about. I invested in them and they invested in me. When I needed something, I didn’t have to spend money — I could just call someone. It really seemed like a practical way of making great things happen in collaboration with others.

In a city, sharing can bring diverse groups of people together — artists, journalists, entrepreneurs and non-profit leaders. When you network that diversity, you have the opportunity to create brand new social worlds, new options, new ways of being. This increases the resilience of the city. 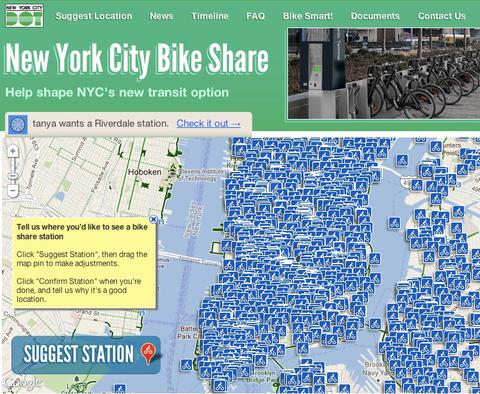 In what ways can the sharing economy gain political influence?

What’s important is that people grow their sharing enterprises and become more vocal about what they’re doing. That’s when politicians start to take notice. There are also direct ways to affect government. In a lot of cities, car sharing doesn’t work unless local government is an anchor customer. If we can convince government officials to adopt shared-access fleets, they can save money and catalyze the sharing economy at the same time. These kinds of initiatives show the benefits of sharing through direct experience, encouraging leaders to take it seriously.

What projects inspire you?

There’s a food rescue program in Boulder that redistributes excess food using bicycles. They’re redistributing tons of food from restaurants and supermarkets to those who need it, addressing hunger and food waste at the same time. It’s a really cool grassroots project that could go global, which is what we’d like to help them do. Another great example is co-working, which has grown from a few spaces in San Francisco to over 2,000 worldwide. 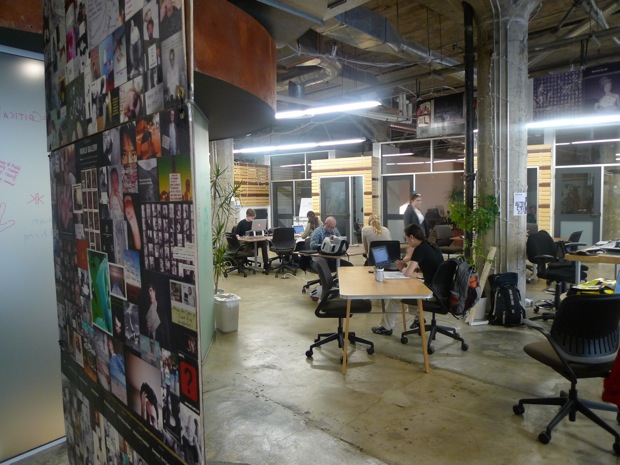 The HUB SoMa is part of a global network of coworking spaces. It was founded in London in 2006, and now has locations on five continents. Source: Fast Company

What would you say are the biggest obstacles for the sharing economy?

Almost all our institutions are geared toward a market economy — toward ownership and consumption. Shareable focuses on cultural change. If we think of culture as the set of underlying assumptions about how the world works, we write stories to upend those assumptions.

For example, we don’t actually have to depend on Wall Street. There are other ways of banking, investing and securing loans. Community finance and local credit unions, for example, often have lower fees and even mandates to serve low-income communities. We’re trying to make sure people know about these possibilities.

What advice would you give someone who wants to get more involved in the sharing economy?

The first step is to adopt a sharing mindset: recognize that who you are and what you do has value, and then put that value to use. This shift in mentality leads to a shift in behavior. Once you identify your passion, you can identify ways to apply it in ways that bring shared benefits.

Remember that life isn’t a one-man show. If you’re stuck with something or want to achieve something, make it public. Get your friends involved with what you’re doing. Start a Kickstarter campaign. It’s easier now than ever to share information that can help solve problems and realize ideas.

And if you’re thinking about buying something, really think about it. Run the numbers and figure out the value. A little creativity can go a long way in meeting needs without consuming resources.

Emily Marsh recently completed a master’s degree in Urbanization and Development at the London School of Economics, where she focused on issues pertaining to infrastructure and spatial justice. She currently lives in the San Francisco Bay Area and works as a transportation infrastructure consultant.

This article originally appeared at The Polis Blog on 7 May 2013.