Future Cape Town presents the 3rd BOLD CITY conference —an exciting forum, bringing the public closer to the ideas which could shape the future of our cities. Highlighting important, challenging, inspirational and practical ideas, the event will include presentations, discussions, workshops and networking opportunities.

The theme of this conference — Future of Transport: 2013 to 2030 —  will put forward ideas and concepts which can drive a discussion about the innovations in transport needed to take us on a journey from 2013 to 2030. Cape Town, as a city with entrenched spatial and social divisions, has the potential to for urban transformation, through investments in transport infrastructure and innovation, in the process building a more inclusive and connected city.
All welcome. Brett Herron was elected councillor for ward 57 (which includes Devils Peak, Woodstock and Observatory) in May 2011. A lawyer by profession, he has been Cape Town’s Mayoral Committee Member responsible for Transport since being appointed by Executive Mayor Patricia De Lille in May 2011 after the last local government elections.  In addition to being the political champion for transportation Brett is also the Chairperson of the Naming Committee and is responsible for naming, renaming and memorialisation.

Gail Jennings is a transportation researcher and NMT specialist who places strong emphasis on transportation equity issues and the needs of those who use the transport system. Recent work includes a feasibility for a bicycle sharing system in Cape town; an audit of South Africa’s NMTregulatory framework; the audit and design of NMT systems (BRT-integrated) in three South African cities (Rustenburg, Johannesburg and Tshwane); and the development of an overall NMTPolicy, Plan and Strategy for Rustenburg. She is also the founder and editor of Mobility Magazineand publisher of the Cape Town & Winelands Bicycle Maps.

With a research background in both behaviour-change communication and public health, Gail has published and presented nationally and internationally about appropriate transport systems; transport behaviour, social equity and citizen activism. In 2010 she was awarded an Open Society Media Fellowship to study the transport behaviour legacy of the 2010 FIFA World Cup. 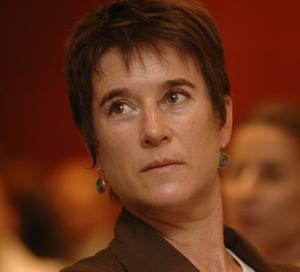 Lloyd Martin is currently a student at the University Of Cape Town finishing his 3rd year of Architecture. He was born in Zimbabwe, grew up in Botswana and attended school in Pretoria. His presentation at BOLD CITY will be delivered in conjunction with his major 3rd year project. It involves proposal for a new PRT (personal rapid transport) link within the disjointed Fringe and Bo Kaap area including an integrated research and transport hub, based on the extended hydro-cycle of the algae photo-bio-reactor and other waste based technologies.