As part of the London Festival of Architecture, Cloud Architecture is conducting a participation-based research and design project from a pop up studio in Old Spitalfields Market in central London. Running until June 20th, the project aims to engage visitors to the market with the ideas and process of architectural design studios, which members of the public rarely get to experience first-hand.

At the same time, visitors to the studio will be encouraged to take part in a project to redesign the Old Spitalfields Market, based on data collected on site and the participatory input and opinions of those who use it. 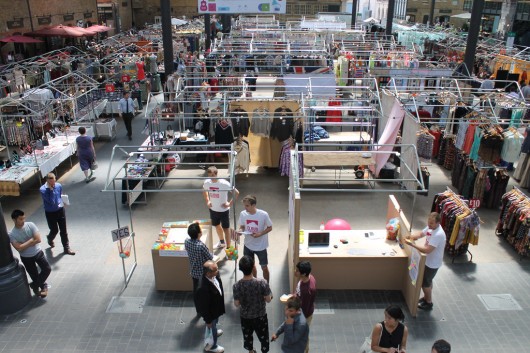 The pop up studio is being run by Cloud Architecture, a team of globally based young professionals who take advantage of the many possibilities opened to architecture in its current state. Derek Ouyang, a team member from the USA, says: ”we’re pushing boundaries of what architectural practice can and should be, not just with the POPUP scheme but with a global team, cloud based tools, and intersections with urban design, psychology, business, and product design. If anything it’s a small and simple microcosm of many of the large changes happening in the profession” 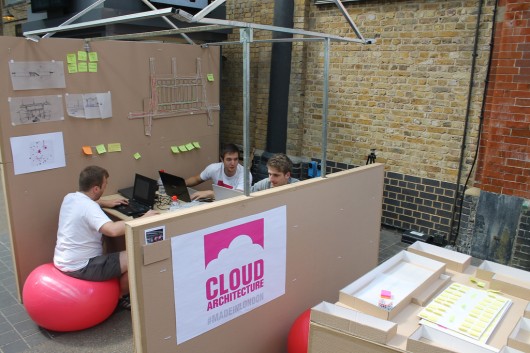 Over the next week Cloud Architecture will be developing the design of the market layout and mezzanine additions in collaboration with the public onsite. They will also work on the design of new stall structures that will solve functionality and storage problems for the management and merchants. 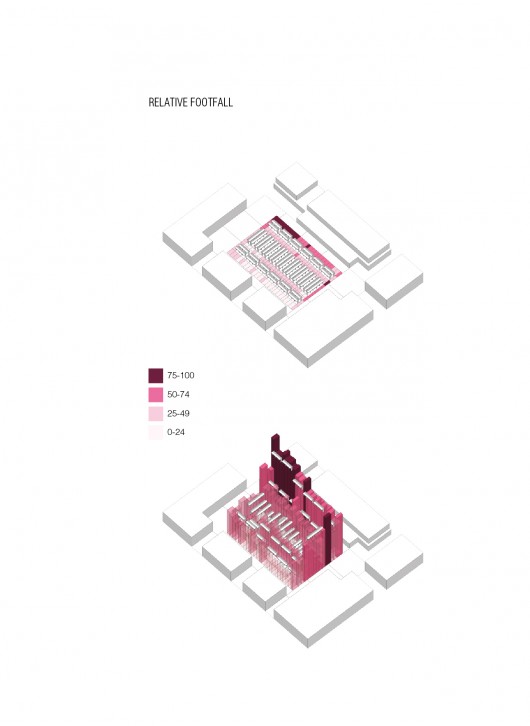 The areas of greatest footfall as determined by a path study of over a hundred consumers walking through the space. Image Courtesy of Cloud Architecture 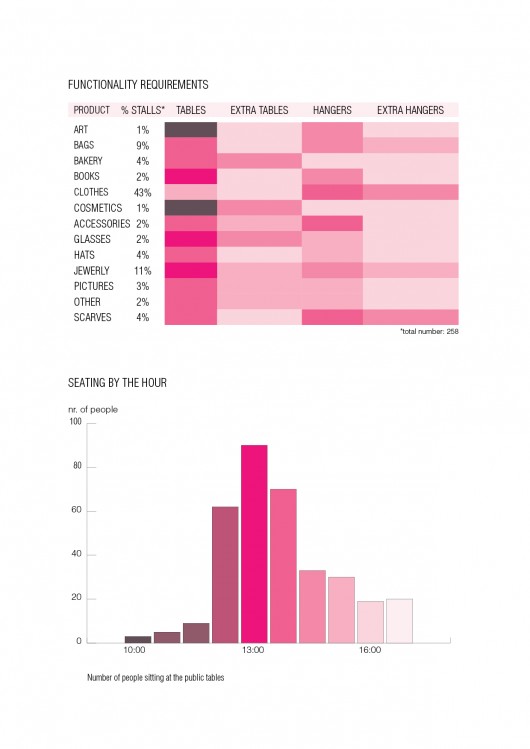 A breakdown of merchants by product type and spatial/functional requirements such as tables and hangers. Image Courtesy of Cloud Architecture 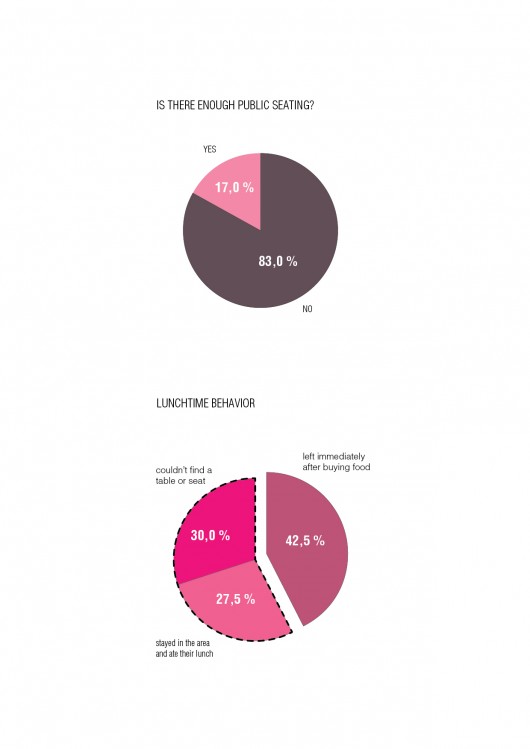 Observations and polls on public seating in the market. Image Courtesy of Cloud Architecture