“Are we asking the right question about the future of the Newlands Pool?” With the Newlands pool back in the news, Rashiq Fataar wonders whether we are missing the real question, in tackling the challenge of sports facilities in Cape Town.

The debate around the future of the Newlands Swimming Pool and its precinct has recently enjoyed renewed attention in the media. The Cape Argus reported on 21 January 2015 that the City of Cape Town would be going “back to the drawing board” to consider future development scenarios for this beloved Southern Suburbs institution.While a thorough re-think of the Pool’s role is to be applauded, it is concerning that R3 million of taxpayers’ money has been earmarked to explore the feasibility of various future scenarios when one fairly major prerequisite does not yet exist – that is, any broader strategy that could inform these studies.

Does Cape Town have a sports venue strategy? 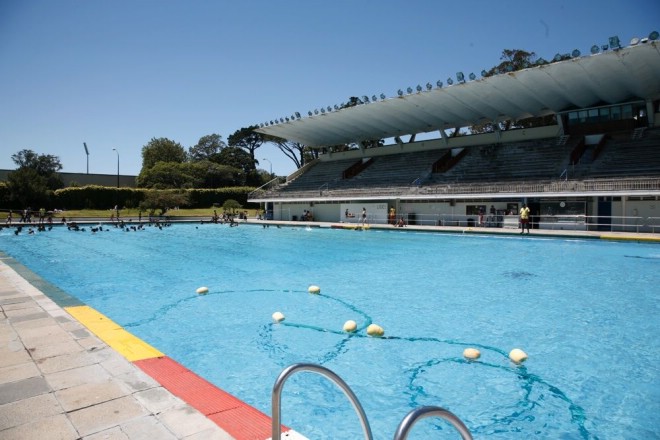 The City of Cape Town’s motivation for revising the current redevelopment proposal:

“A number of reasons to allow for an alternative redevelopment proposal, which is City-driven are as follows:

It would therefore be recommended that an amount of R3 million be made available to develop alternative development proposals and to undertake a statutory approval process for the upgrading of the Newlands Swimming Pool .“

The City of Cape Town cannot be said, at this point, to possess a sports facility strategy worthy of a city of 3.7 million people – or, if one exists, it has not been made public. This matters greatly because, without such a strategy, the Newlands Pool can only exist as an island of excellence, without integration into a system of major or premier sports facilities. And so the ‘right question’ about the Pool is not to ask what its future is, but what future is it supposed to be part of.

What is the long term vision for the city and region’s sports facilities? How does this mesh with the city’s events strategy? How soon can we audit and map the state of the current major sports facilities, and of those which must or might attain an international standard? To understand what happens when these broader strategies never come into force, consider Hartleyvale – a world-class field hockey stadium and precinct, which has never been used in a strategic bid for a major hockey event in Cape Town.

Developing a long-term sport and sports facility strategy would force the authorities to prioritise, and to direct scarce budgets effectively. The process of establishing these priorities must depart from the admission that, over the short or medium term, local government and private investors and sponsors cannot realistically fund all sporting codes and their home grounds to the level required for the hosting of international events.

Yet this fact does not mean that no sporting codes can be elevated to a world-class standard, either. For the moment, however, it remains unclear which codes Cape Town considers a priority for development and how these fit in with the City’s tourism strategy and with the larger positioning of Cape Town. Such a strategy would also stimulate much-needed thinking about current facilities, such as Green Point Athletics Stadium, as well as potential facilities to be constructed in future, so that they form part of a bigger picture.

Alternatively, if there are no aspirations for Cape Town to “compete internationally”, and the only vision for the maintenance or upgrading of the current Newlands Pool is for the benefit of the local commmunity, a different set of questions come to the fore – such as how this and other swimming facilities could be sustained and maintained without significantly increasing the burden on ratepayers or taxpayers. In this case, various models need to be developed to explore synergies, partnerships, and mixed-use options – for the Newlands Pool now, and for other swimming facilities in future. 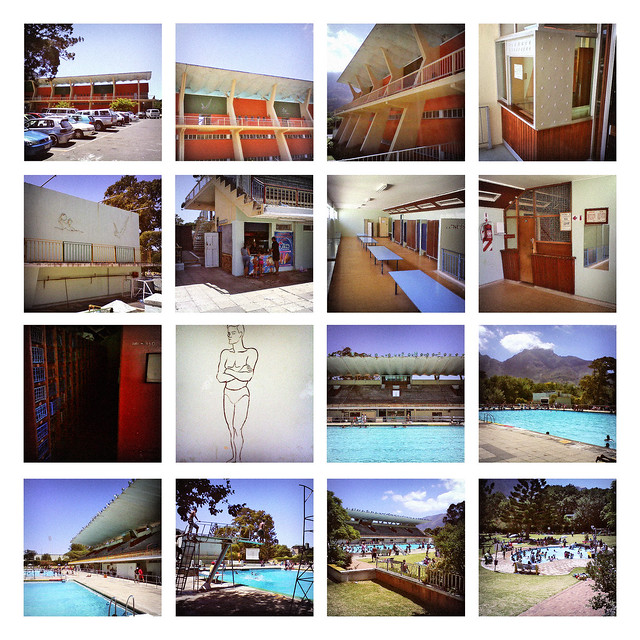 Until these discussions have been held, and until a broader strategy exists, there is a risk that R3 million will be spent on a sub-issue, when the big issue has yet to receive any attention. We risk wasting this money, because we have not asked ourselves whether we as a city should set out to make this facility resilient and sustainable on a small operational budget, or whether we in fact need to develop a major aquatic centre in Cape Town. Should we find ways to maintain this facility that has sparked the need for a feasibility study, or should we invest our energies in crafting a city-wide study of our long-term goals for Cape Town’s sports facilities? While the Newlands Pool might be the focus of such a debate, we cannot afford to concentrate on just one facility without considering the archipelago of other facilities and the specific and collective opportunities they offer.

The Deputy Mayor hinted towards this sort of thinking in the Argus piece mentioned above: “We will look more broadly at the locations of swimming pools and aquatic centres overall because we are aware that there are other possible locations…other codes, such as tennis, also needed facilities on a par with international standards. We need high-quality facilities if we are going to compete internationally.”

What do we know?

In 2009 a  public participation process was initiated to gain public input on the proposed business plan for the facilitiy – which included a lease to Swimming South Africa. According to the business plan summary, the purpose of the plan was to “demonstrate that local authorities’ (in this case the City of Cape Town [CoCT]) programmes relating to health and sport and recreation in particular will be boosted and enhanced should the Newlands swimming pool, and its immediate surrounds, be made available to Swimming South Africa (SSA) for the purposes of upgrading and re-development into a world-class, Fédération Internationale de Natation (FINA) approved facility”.

Whether or not Newlands should be redeveloped, scrapped, or maintained, is perhaps not the question. What we should be asking is – where is Cape Town’s long term strategy for premier sports facilities (and events while we’re at it), and how Newlands pool, and several other facilities would fit into this. Simply “fixing” the Newlands challenge, at a cost of R3 million in consulting fees, may leave us no closer to the right answer.