“To put this figure in context, by the century’s midpoint, Nigeria’s population would be larger than Central Africa’s in its entirety” 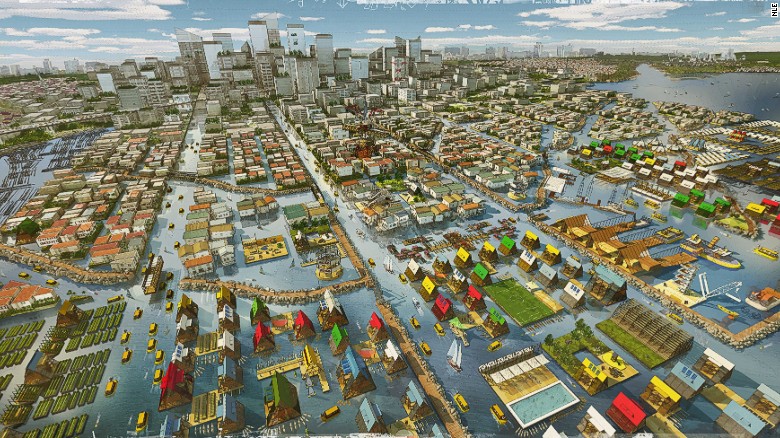 These are the current news headlines coming out of Lagos

Lagos 2050: How should Africa’s biggest city prepare for doubling in size?

So your city is about to double in size, and it’s happening whether you like it or not. Infrastructure will be strained, sanitation is a concern and children need educating. What do you do? A report last week from the Population Reference Bureau predicts that by 2050 three of the 10 most populous nations globally will be African — with Nigeria at number four. The country’s population is set to rocket to 397 million, bolstered by high fertility rates and consolidated by low net migration. To put this figure in context, by the century’s midpoint, Nigeria’s population would be larger than Central Africa’s in its entirety.

Barely 72 hours after recently sealing some hotels and religious houses within Lagos metropolis, the Lagos State government through the State Environmental Protection Agency (LASEPA) shut another set of religious houses, industries and clubs for contravening the guidelines on noise, air and environmental pollution.

A one year project by a team of Mechanical Engineering students of the University of Lagos (UNILAG) has produced an electric, eco-friendly car.The project, initiated by Olusanya Olukoya, now a graduate of Mechanical Engineering, was recently unveiled at an exhibition organized by Designed for Zero Vehicle Emission (DOVE) Initiative at the Julius Berger Hall of the university. Named DOVE P1, the 200 kilograms, driver-only automobile is powered by a high voltage battery and has zero carbon emission.

Onisarotu hinted of the possible consequences of the release of water from the dam in Cameroun and its attendance effect on the coastal waters and wetlands in Lagos. It was also disclosed at the Abuja meeting that the release of excess water from the Lagco Dam may cause flooding that will affect the Benue River Basin and states like Adamawa and the Niger-Delta amongst others.

The new Managing Director of LAWMA, Mr Abdulwahab Ogunbiyi, disclosed the new plans on Monday at a news briefing in Lagos.

“We want to design our own conveyor system with our engineers in the country in partnership with service providers of different professions to manage our waste, thereby making waste wealth,’’ he said.