“The effectiveness of the whole transit system in Lagos depends critically on integration with regional development.” Lagos State launched the air-conditioned, WIFI Internet-enabled Metro Bus this year to extend the fleet of BRT buses. But does this meet the demand of the Lagos population?

With the fastest growing population in sub-Saharan Africa, Lagos’ public transportation is largely informal and consists of a large (approximately 75,000) fleet of small-scale, privately-operated commuter buses, which emerged in the 1970’s and are locally referred to as ‘danfo’ loosely translated as ‘flying coffins’. Held together informally by the National Union of Road Transport Workers as one-part mass transit and one-part Ponzi scheme.

Since the early twenty-first century, successive governments have sought to manage the informal danfo system by tightening regulations and in earlier cases, attempting to ban them from certain parts of the city. However, such attempts have generally failed, leading Lagos state government to shift their focus towards providing alternative means of transport that match the affordability and efficiency of danfo. 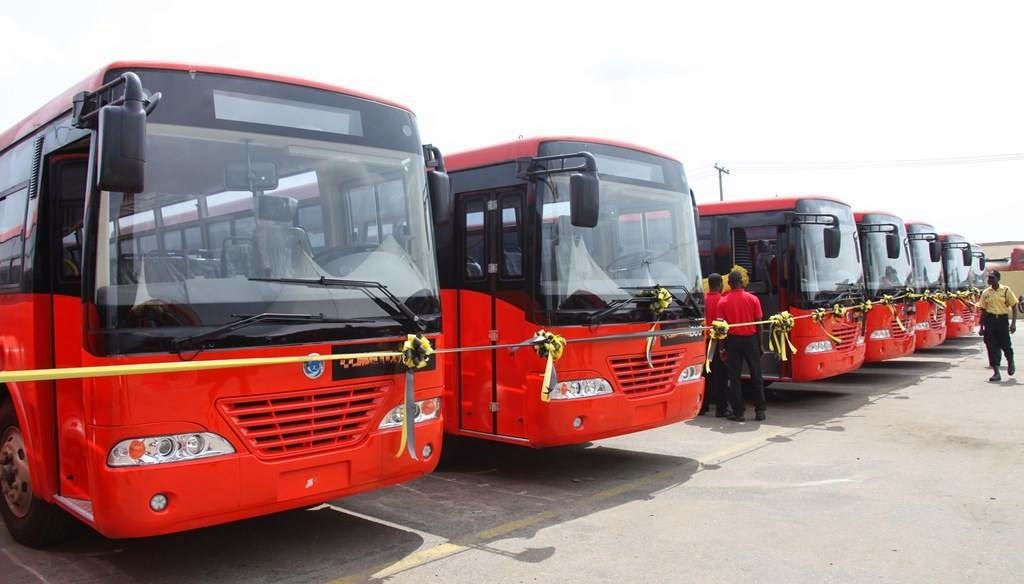 Metro Buses at the launch of 100 air-conditioned, WIFI Internet-enabled buses in February 2015

The latest result of such efforts can presently be seen in the 100 air-conditioned, WIFI Internet-enabled buses, which are called Metro Bus. They became operational earlier this year and they are the extension of the Bus Rapid Transit (BRT). The Lagos BRT was established through a public-private venture with the assistance of the World Bank and became operational in 2008. It comprises of 126 high-capacity buses transporting passengers along designated routes.

Explaining the Fresno, California, BRT system and its benefits to the city.

The effectiveness of the whole transit system in Lagos depends critically on integration with regional development. By integrating transit development with land-use policy the city will develop and grow in a holistic manner that works to link people to their homes, places of recreation and places of work. Therefore it reduces sprawl and unmanageable, uneconomical and unsustainable developments.

A BRT bus in Lagos Island

To date the Lagos BRT system (including the Metro Bus) is not creating a dent in private car usage nor able to meet the needs of the growing Lagos population.

Future Lagos has launched a questionnaire to understand the mobility needs of BRT and metro bus users and this will link directly to why the BRT system is unable to meet the demands of the Lagos population. If you are in Lagos and use or have ever used the BRT or Metro Bus, here is the link to the questionnaire – Lagos Bus Survey.