A new R400m mixed-use tower at the gateway into the Cape Town CBD will house the offices of KPMG and become a “beacon for green development in the city”.
What will become the new home of CBD-based accountancy firm KPMG has just commenced construction in the Foreshore area of the Cape Town Central City, on the corners of Martin Hammerschlag Way and Christiaan Barnard Street. Craig Armstrong, spokesperson for the developers, FWJK, announced that construction work had begun on KPMG Place, a R400m project being developed for the Pietermaritzburg-based Ducatus Group and the first commercial building for a number of years to be built along the “frontline” of the Foreshore area running alongside Nelson Mandela Boulevard. The Chairperson of the Cape Town Central City Improvement District (CCID,) Rob Kane, notes that this is part of a massive reurbanisation of the Foreshore area. “As the CCID, we define this area as stretching from Riebeek Street and Old Marine Drive down to Table Bay and Nelson Mandela boulevards, and bordered on either side by Buitengracht and Christiaan Barnard Street. Read more here 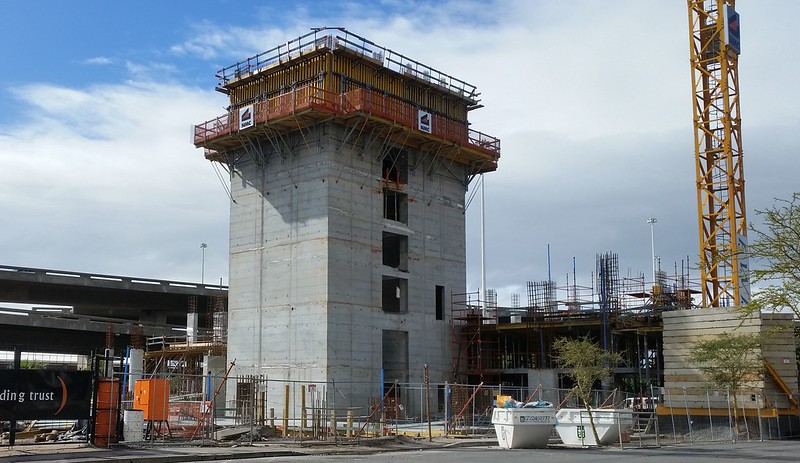