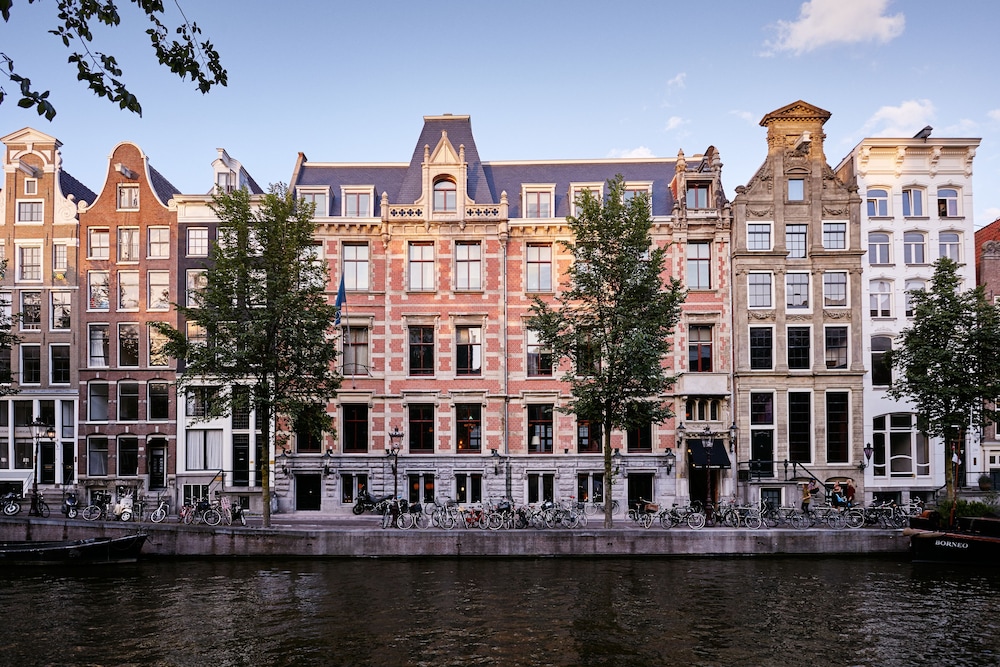 Himmy Abader is a property developer based in Cape Town with expertise in project management. In his day-to-day operations, he works with architects, town planners, quantity surveyors and contractors. His knowledge and experience spans over these four professions. Abader also owns a transport company and keeps a keen eye on technology and sustainable developments.

Cape Town has a housing problem. The rich stay in and around the downtown core and Atlantic Seaboard, the middle class in suburban areas, and the poor traditionally in far-flung peri-urban areas away from economic opportunities. Apartheid policies and bad town planning have been the main contributing factors to these housing problems, and these have been widely broached and dissected in the media and in academic debates for years.

However, an area which has been afforded little attention is that of mixed-income developments. Many cities in other countries have put policies in place to create mixed-income residences, but until now little has been done in this country. Looking at Cape Town’s housing situation, I see an opportunity for the development and implementation of a well-considered mixed-income policy. Only then can we begin to deal with the problem.

The pace at which developments occur in urban areas in South Africa and particularly in Cape Town is too slow and this housing supply is not meeting the demand for housing emerging from people moving to our city. By cutting the bureaucracy and by providing incentivisation to the private sector, the pace of developments should be able to speed up (as developers incur costs due to delays). It should also make it more economically feasible for developers to build for a wider range of income groups that are currently excluded from well-located parts of the city.

As an alternative vision, the city and developers should work to encourage mixed-use and multi- storey apartment blocks, where the allocation of ground floor areas for retail or social amenities or facilities encourages social interactions by occupants and residents. This typology allows for new kinds of city areas, allowing both cultural mixing and new commercial links and developments. The density of these buildings, organised into larger planned blocks, would allow for more people to live a more integrated urban lifestyle, close to transport corridors or the city proper.

A series of incentives should be created for developers to build mixed income properties:

When a mixed income development is proposed in an urban conservation area, or within a heritage protected residential property, the policies protecting such a property should be relaxed or should not be considered a development requirement.

For example: 35 Arnold Street, Observatory (ERF 25570) is located within a heritage conservation area. Its zoned GR2 (general residential), which allows for five floors, but because it is in a Heritage Area, the following problems arise:

In addition, Cape Town has many single residential properties located on or in high density zones that would allow for multi-storey apartments, but that are older than sixty years and thus protected by Heritage policies. By comparing properties on zoning viewer and Google Street View, it becomes evident that many properties have single houses located in GR2 (general residential) zoned areas. This means that that the current uses of these sites fail to unlock the potential density that could be achieved.

The City must address the fact that their policies restrict the supply of land suitable for developments, in turn contributing to the rising price of properties in terms of land and rental costs.

Example: Erf 25570 with address 35 Arnold Street, Observatory is located in a heritage area. Its zoned as GR2 which allows for a density floor factor of one. See below picture under column “Floor Factor”.

2. Increase the bulk allowed for developments: 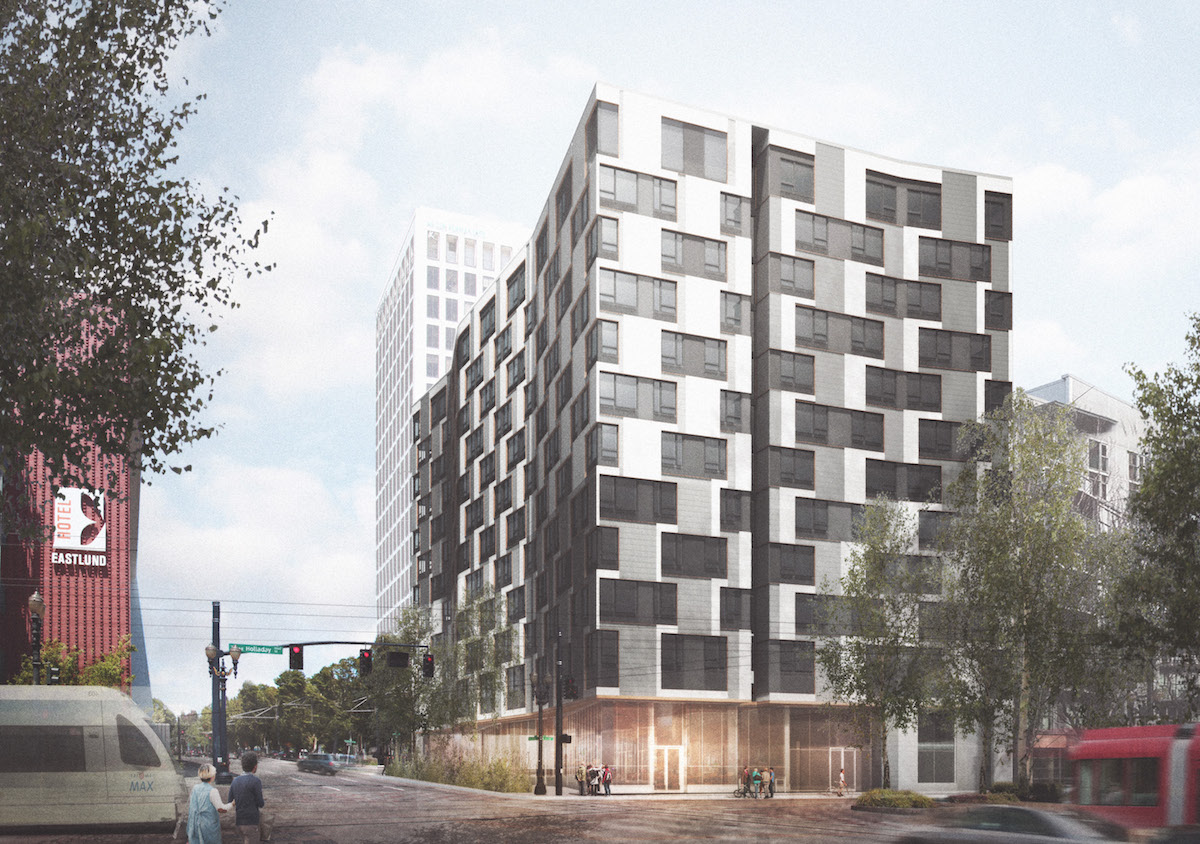 Portland : A 13-story mixed income development with 109 affordable apartments and 131 units be leased at market rates.

A GR2 property is currently allowed a bulk factor of one (1) meaning that if the ERF size (building lot size) is 300 square meters, the sum of the living space is not allowed to be more than 300 square meters as per the LUM policy document.

The Land Use Management policy (LUM) of the City of Cape Town allows for an increase of bulk (that is the amount of developable space one can develop on a given property) at a ratio of three times greater than what would normally be allowed for a given property by LUM. With an increase in bulk allowed, enacted as an incentive to the developer, they would then be allowed to build three times that which would normally be allowed and maximimise the value (social and other) of the space.

With a land area of 300 square meters and a height of 5 floors, that would mean 1500 square meters of housing space on a given piece of land. So, allowing a bulk of three times that of the zoning scheme is realistic.

3. Allow for easy consolidation of land:

In certain instances, developers could be incentivised to provide housing if they could buy adjacent properties and thereafter consolidate them to build a multi-storey apartment block. Allowing land consolidation and simplifying the processes associated with it can promote development and higher densification, both of which are important in improving the efficiency of a city.

The cost to build a 40 square meter apartment is, on average, about R600 000. With the addition of a parking bay for that unit, the cost is pushed up to R1 100 000. Removing the parking requirements or using a parking departure would therefore significantly drive down unit development costs. However this makes it important for mixed income developments to be located near to transport facilities.

Mix-use developments should be within walking distance of at least two modes of transport.

The areas identified as being within PT1 and PT2 should be targeted for mixed income developments, as they will be near transport nodes (public transport favoured over private transport) and closer to business opportunities and commercial hubs.

The unit construction costs could potentially be 40% less if no parking is required. Elsewhere, developer Chris Hayman, co- owner of Venture Group, has pointed out that “to accommodate the parking requirements… developments outside PT1 and PT2 would be too far from transport modes, therefore requiring property owners with private cars which in turn requires parking… (thus these) developments will most likely be for middle and upper class, where the cost per unit can justify the land allocated to parking bays.”

Needless to say, something must change if we are to find a way to accommodate different income brackets in developments outside PT1 and PT2 areas. [2]

5. Allow for ‘zero meter setbacks’ on common boundary as per the zoning scheme requirements of LUM land use management policy:

Currently, when building in a GR2 zone, developers are restricted by a setback of 4,5 meters from the adjacent property/ boundary of the site (see image below under column building lines and common boundaries setback). In some cases, this should be removed and the setback changed to zero.; Properties that are connected on the sides can achieve a higher floor factor and would allow for higher densification (see image below).

Houses with a side setback of zero. The front setback remains as this improves curbside appeal and accessibility.

The UDZ incentive encourages investment by the private sector in the construction or improvement of commercial and residential buildings, including low-cost housing units, situated within demarcated UDZs.

The problem is that at present, the UDZ incentive is only available in some areas as per the PT1 & PT2 parking policy map. However, the area or policy should be increased so that it covers all mixed-income developments. The PT1 & PT2 map (above) refers to areas which the City of Cape Town identify as areas nearer to public transport. The UDZ map below identifies areas which qualify for UDZ tax incentive. The map areas identified by PT1 & 2 are not the same as the UDZ. The UDZ area should therefore also cover the PT1 and PT2 areas.

But this might prove difficult. The UDZ incentive would have to be changed and ratified by the National Government and is a less expedient and complex set of incentives and policy changes to amend. The other incentives from point 1 to 5 above are changes required from provincial and local government and so seem easier and more likely to be amended and implemented. A Map of the UDZ Zone in part of Cape Town

Unlocking land in the right areas is key to the success of a healthy city, and goes beyond simply trying to find available land or larger available pieces of land. We require a healthy city that encourages interaction of people, makes our city efficient, moves away from owning cars and maximises the use of public amenities like parks and libraries. The desired outcome would be a well- located set of mixed-use multi-storey apartment blocks; with ground floor areas to be used for retail, amenities or facilities. These blocks would be integrated and become more racially and economically mixed.

To move towards the realisation of this kind of city we need to unlock land opportunities in the right areas and develop the right type of habitable spaces to create densification. We should begin immediately by changing city-planning policies to create incentives for developers to build mixed used buildings and areas. 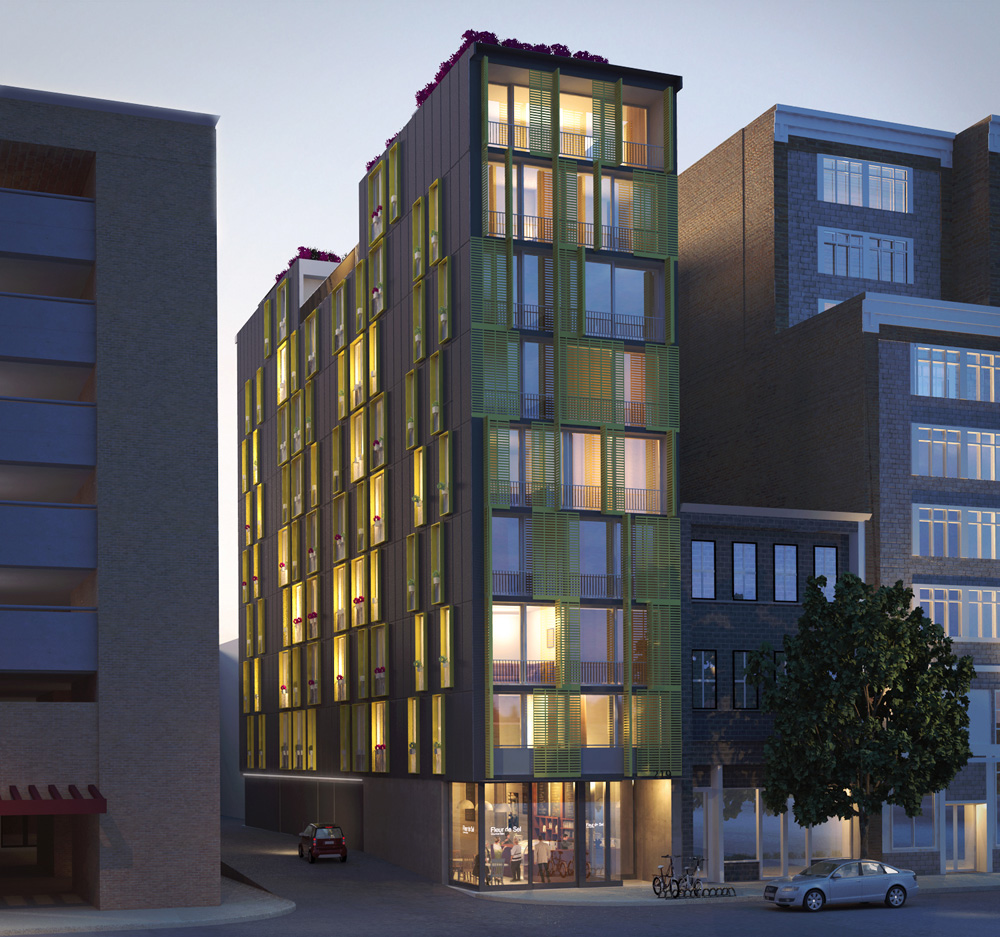 Vancouver : The Flats on Georgia in-fill development by Birmingham & Wood

Meeting Halfway: Lessons in Social Sustainability from the Lynedoch EcoVillage