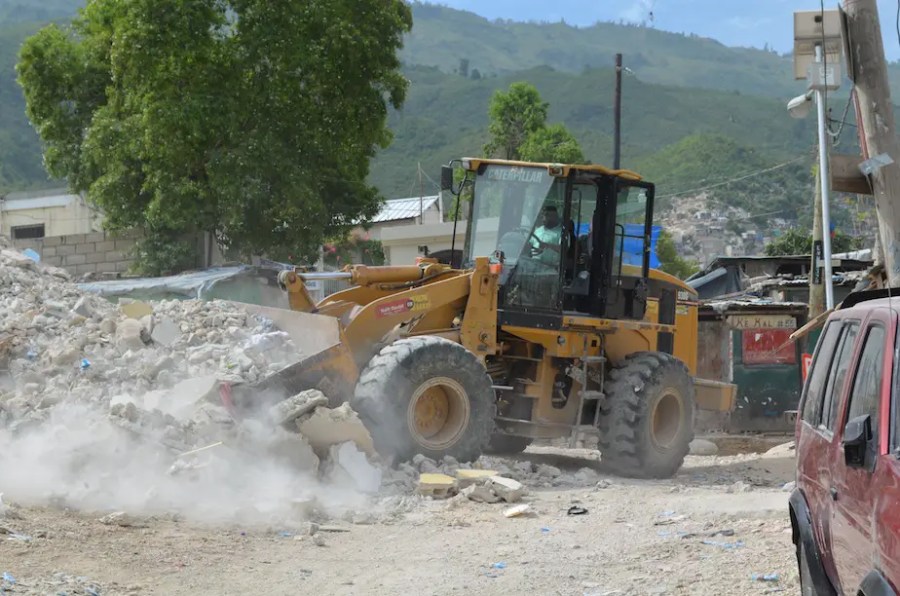 The idea that the resilience of a city rests to a large extent on the people themselves was a point made by a number of participants of July’s #citytalk on resilience. Post-disaster, it is arguably always local people who do the most humanitarian and reconstruction work. With that in mind, what could agencies arriving from outside do at community or city level to support people recovering after a disaster? What should the balance be between providing assistance to individuals – often the focus of humanitarian organisations mandated to make sure the greatest help goes to those most in need – and larger scale actions that assist whole communities and provide a basis for individual recovery efforts?

A huge number of people were displaced after the Haiti earthquake of January 2010, some 2.3 million out of a population of just over 10 million. Some of those people were able to go and stay with friends or relatives, but a large proportion moved into tented encampments on nearby open spaces, initially makeshift ones, made largely from bedsheets. People often settled within their neighbourhood, typically on the public spaces, such as parks, market squares and sports pitches. The camps varied in size accordingly, with one of the biggest at Petionville golf course in the south east of Port au Prince.

Living conditions were far from ideal. At its peak, the golf course camp was home to around 40,000 people, with only flimsy shelters to protect them from the heavy rains and likely flooding that the imminent hurricane season would bring. This meant that measures to help people to obtain better shelter became more urgent as the summer progressed. Although people wanted to return to their homes, it often wasn’t possible, not necessarily because houses had been destroyed (although many had), but because streets were buried in rubble, up to 6 feet high in places and the buildings were simply inaccessible. Once these streets were cleared, many people quickly returned to the neighbourhoods, re-opening shops and businesses and re-establishing their livelihoods, an essential part of recovering from the earthquake. 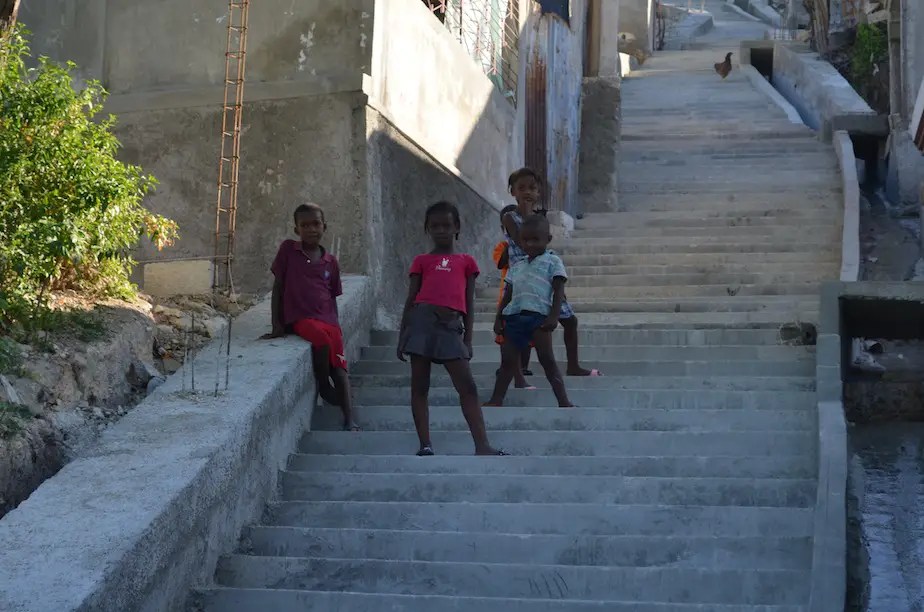 This story raises a number of questions about the best ways the international humanitarian community might assist people in re-establishing their homes and livelihoods following disasters. These organisations prioritise assistance to vulnerable individuals and individual families as a way to promote equity. This has meant that shelter and reconstruction interventions have typically focused on individual family shelters and have dealt to a far lesser extent to the wider physical context in which those shelters sit. Roads, pathways, sewers and drainage might set the scene for safer individual shelters, or might provide the framework within which people can rebuild themselves, but these community level interventions sit uneasily with the humanitarian conception of equity which targets individuals.

It is now almost 4 years since the earthquake and many of humanitarian agencies operating in Haiti have moved towards longer term recovery and development programmes. Recovery has social, economic and physical aspects. Recognising this, some agencies have shifted their focus from replacing individual shelters to taking an ‘integrated neighbourhood approach‘, combining social, economic and physical interventions across an entire neighbourhood. In some cases assistance does still take the form of shelter for individual families, but these integrated neighbourhood approaches, an idea borrowed from urban development practices such as slum upgrading, are starting to be more widely adopted. In built environment terms, that tends to mean building footpaths and drainage channels through the informal settlements, while leaving all but the most vulnerable people to rebuild their own houses. It’s a way to benefit a wider group of people with the same limited resources, while at the same time supporting organisation and action at a community scale.

Integrated neighbourhood approaches don’t have all of the answers. For one agency (or even several working together), it is still only possible to address one area of the city, where many areas might need support, so that gaps in assistance remain. That is especially significant when these interventions, such as those dealing with drainage or transportation, plug into city-wide systems which will be affected by what happens upstream or at the next intersection. Thinking about the ripple effects of systems that extend beyond the neighbourhood out to the rest of the city is a stretch for humanitarian organisations. Interventions in these city-scale systems are longer term and larger scale and appear hard to target at the most vulnerable people, something which places them beyond the strict mandate of humanitarian action. However, they clearly have value in opening up space in which individual people can act and ways to reconcile these measures with humanitarian principles in a way that does not fatally compromise them would be well worth exploring.

Alison Killing is an architect, urban designer and founder of Killing Architects. She is currently working on the(re)constructing the city project, together with Kate Crawford, which looks at how relevant urban design tools can be integrated into the recovery phase of humanitarian response.