Seven years after the Athlone cooling towers were demolished to make way for a new mixed use development, the City of Cape Town is still no closer to knowing when the site will be developed. Among the planned developments are affordable housing, a new train station and trunk MyCiTi routes, and commercial, retail and light industrial use development. But since the towers were demolished in August 2010, the city is still some way away from drawing up plans.

A team headed by the World Bank will help the City of Cape Town work on a development strategy for the Athlone Power Station site, five years after the cooling towers were demolished. The site would house a mixed-use development, including residential, commercial, retail and public facilities. A consulting team would be appointed to do the work, while the team headed by the World Bank would work on the development strategy for the site.

The Athlone Power Station could become a vibrant centre of innovation and inspiration with high quality public spaces and entertainment areas.

Read the full article here and the pre-feasibility study here 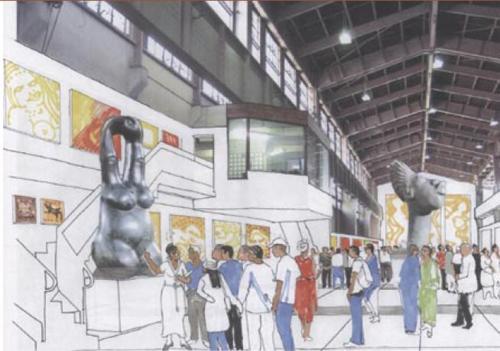